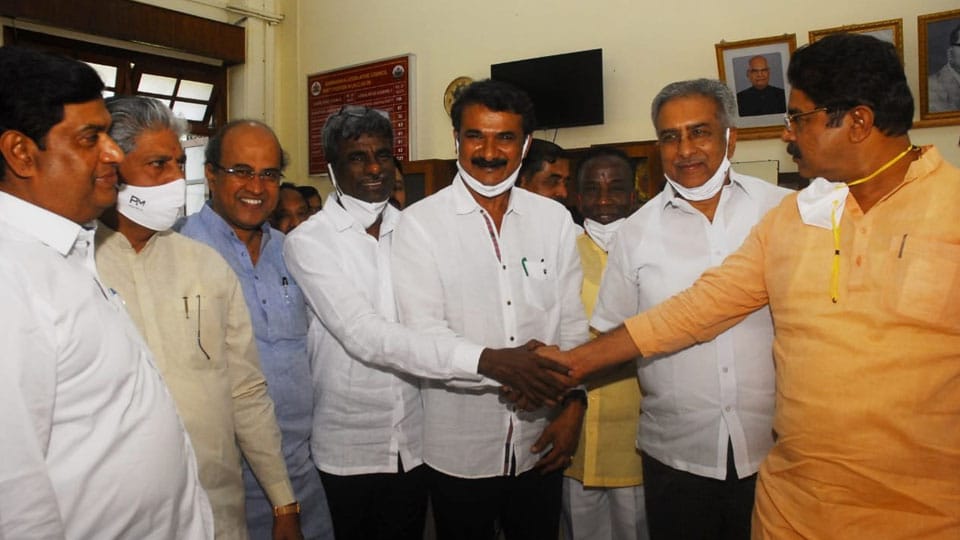 Bengaluru: M.K. Pranesh of the ruling BJP was elected as the new Deputy Chairman of the Legislative Council on the second day today of the week-long Joint Session of the State Legislature.

With the Opposition Congress fielding K.C. Kondaiah as its candidate yesterday,  voting became a necessity and as such polling took place. Pranesh won the polls by getting 41 votes as against 24 of the Congress candidate.

JD(S) MLC Basavaraj Horatti, who is the senior-most member of the Legislative Council, is all set to become the Chairman of the Upper House, as BJP and JD(S) combined together have a majority in the 75-member House. The BJP and the JD(S) have issued a notice to move a no-confidence motion against the incumbent Chairman Pratapchandra Shetty of the Congress, who was appointed when the JD(S)-Congress coalition Government was in power.