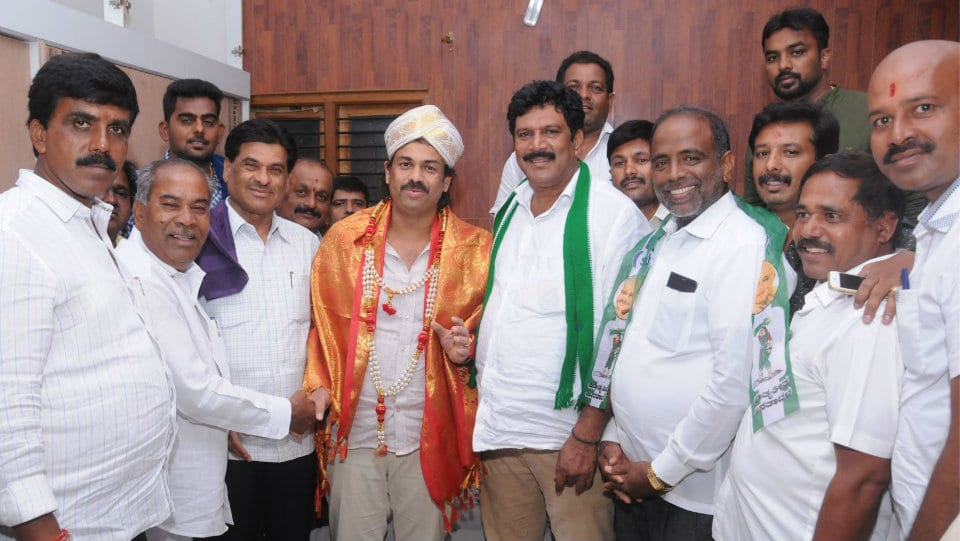 Mysuru:  Expressing confidence that the JD(S) will win in all four Assembly Segments in the city including Chamundeshwari, JD(S) Youth President and Sorab MLA Madhu Bangarappa has asserted that the JD(S) would come to power on its own in the State.

Speaking at Bannimantap here yesterday. Madhu Bangarappa said that he was hopeful that the JD(S) candidates in all the city Assembly segments will emerge victorious in the Assembly Polls.

Stating that he has been touring the State based on a direction from top party leaders, Madhu said that he will be touring Chamarajanagar Assembly segment on Tuesday (Apr. 10), during which a prominent Congress leader is likely to join the JD(S).