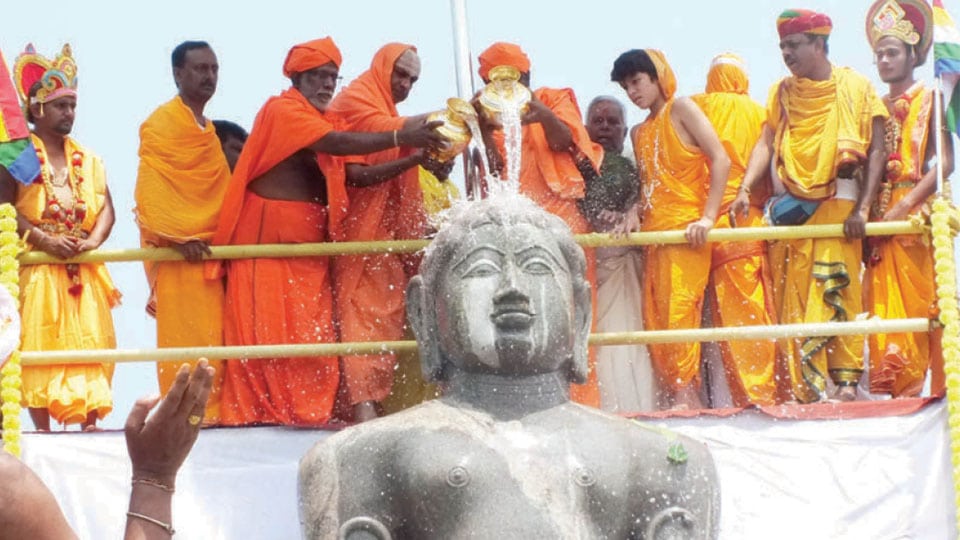 Chamarajanagar: Mahamastakabhisheka to Sri Bahubali was held at Kanakagiri near Maleyur in the taluk in the presence of thousands of devotees on Sunday.

This is the second Mahamastakabhisheka for the 18 feet statue of Bahubali, after the first event was held in 2017 in a grand manner.