Home » News » Oxygen tragedy at Chamarajanagar District Hospital: One year on, families of 12 victims yet to get relief 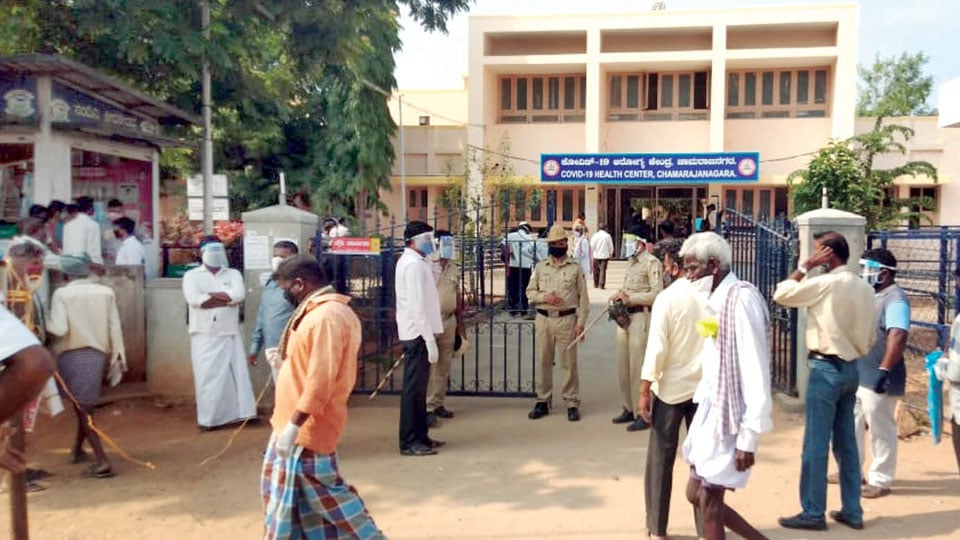 Oxygen tragedy at Chamarajanagar District Hospital: One year on, families of 12 victims yet to get relief

• No one held responsible despite callousness

• Probe Commission report not yet made public

Chamarajanagar: Flashback 2021: 36 people died of oxygen shortage at Chamarajanagar District Hospital on the midnight of May 2, during the peak of COVID-19 second wave. They died gasping for breath on a Sunday night as no alternative oxygen arrangements were made despite knowing in advance that there would be a shortage.

But the State Government claimed that only 24 people died and washed its hands off after paying a meagre Rs. 2 lakh as compensation that too after being forced to pay up by the Karnataka High Court. Following a directive of the High Court, an additional Rs. 3 lakh each was paid to 13 families. But the rest of the families did not get that amount.

Families of 12 patients do not receive a single rupee as compensation and no action has been taken against guilty District-level officers, doctors and staff whose callous behaviour and negligence resulted in the deaths. Ironically, the same State Government pays Rs. 25 lakh as compensation to those killed in communal violence.

Meanwhile, the report of Justice B.A. Patil, the Chairman of the Government-appointed single-Judge Commission, has also not been made public till date. More than 50 percent of the victims belong to SC/ST communities and they are community workers. These poor families are worried about the education and future of their children.

The report of the State-level Committee of Karnataka State Legal Services Authority constituted by Karnataka High Court showed that out of 62 deaths declared by the Chamarajanagar District Hospital between May 4 and May 10, 36 patients died due to non-availability of oxygen on the intervening nights of May 2 and May 3, 2021.

Shockingly, the State Government maintained that logistical issues and negligence of the hospital cannot be reflected as oxygen shortage. The incident had created outrage all over the State and shocked the country. Though the issue was also widely discussed in the Parliament, the families still continue to suffer and many are living in hand-to-mouth existence with a bleak future. And the guilty officers and staff are enjoying the fruits of plum Government postings.

Though the Karnataka Pradesh Congress Committee (KPCC) paid Rs. 1 lakh each for the 36 families, no other political party took up the cause of the victims.

Only the leaders of Social Democratic Party of India (SDPI) met each of the families of the victims and submitted a memorandum to the Governor seeking justice.

The SDPI sought Rs. 50 lakh compensation for all the 36 victims’ families and Government jobs to one of the family members of the deceased.

The party also demanded action against negligent officers responsible for the tragedy.

Among the dead, 80 percent were less than 40 years old, and one of the victims was a mere 3-month-old infant, while another was married for just three months. Desperate to cover up the deaths, many victim’s families were asked to shift the bodies from the hospital soon after they died, gasping for breath.

The dead patients’ families were denied death certificates which is why they did not get compensation. Some victims got the certificates as ‘natural deaths’ and as such, compensation was denied, said family members.