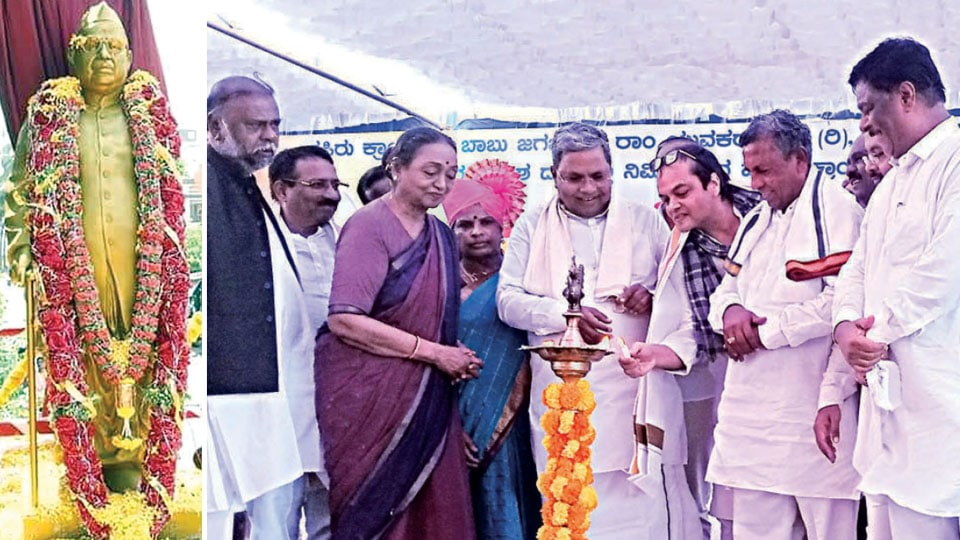 ‘I experience a sense of freshness whenever I come to Karnataka’

Opposition Leader and former Chief Minister Siddharamaiah joined Meira Kumar in unveiling the statue, which has been installed at a cost of Rs.12 lakh.

Lauding the Youth Association for installing the statue, Meira Kumar, who is the daughter of late Dr. Jagjivan Ram, said that the country is moving forward because of the hard work of the downtrodden sections of society and not because of Delhi rulers.

Stating that she has noticed the aspirations and dreams of the youths here, she said that Babuji was a silent revolutionary who wanted to see the dreams of youths become a reality.

Noting that Babuji always advocated values, she said that her father relentlessly fought for bringing about equality in society.

Asking the youths to draw inspiration from Babuji, Meira Kumar said she was returning to Delhi after seeing an inspired youth force which seems always motivated to fight against injustice and inequality in society.

Meira Kumar arrived in Mysuru on Friday night on a three-day visit and stayed at Lalitha Mahal Palace Hotel.

Yesterday morning, Meira Kumar, along with MLA and former Minister Priyank Kharge called on Congress MLC Dr. D. Thimmaiah at his residence in Mysuru and consoled the family members over the demise of the MLC’s wife Meerabai, who passed away recently.

Later she had breakfast with the MLC and his family members, following which she returned to New Delhi.