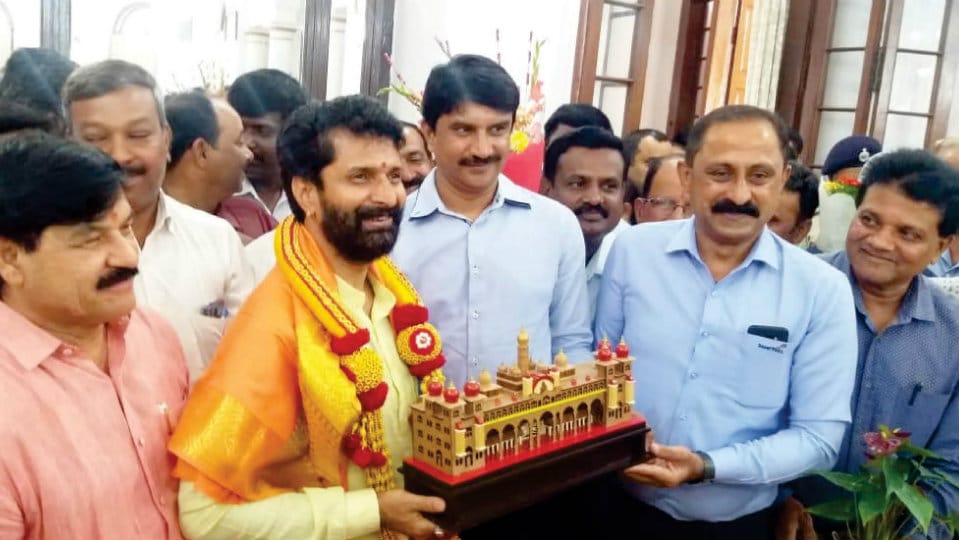 A delegation of Mysuru Travel Association (MTA) and Mysuru Travel Mart (MTM) called on Tourism Minister C.T. Ravi at the Government Guest House in city yesterday and sought his co-operation to promote year-round tourism in Mysuru and make the cultural and heritage city a tourist hub. Picture shows C.A. Jayakumar and B.S. Prashanth, Hon. Presidents of MTA, presenting a memento of Mysore Palace to the Minister as MLA S.A. Ramdas, MTA Vice-President David Raj and others look on.