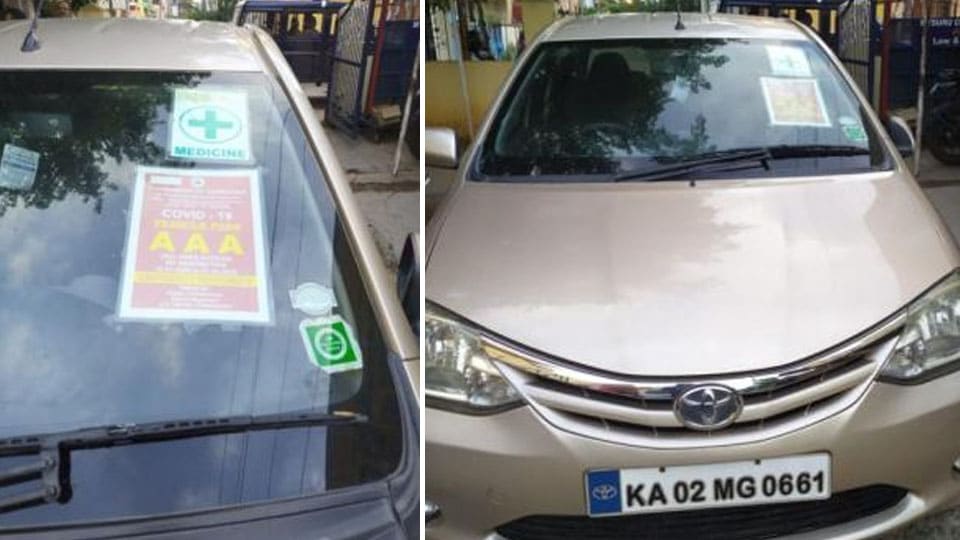 Mysore/Mysuru: N.R. Police have arrested a man for pasting a fake COVID-19 Movement Pass on his car and moving around in city. They have also seized the car and the mobile phone which was used to duplicate the pass.

The N.R. Police, who were on routine inspection at Fountain Circle on Wednesday, stopped a Toyota Etios car (KA-02 MG- 0661) with the COVID-19 Movement Pass pasted on the wind screen. When they checked the pass, the Police came to know that the pass was fake and arrested Nirmal Kumar.

On enquiry, Nirmal Kumar is said to have told the Police that he had duplicated the pass using the image sent by his friend on WhatsApp, took a colour print and pasted the same on his car as he wanted to go to his sister’s house at Coimbatore in Tamil Nadu.