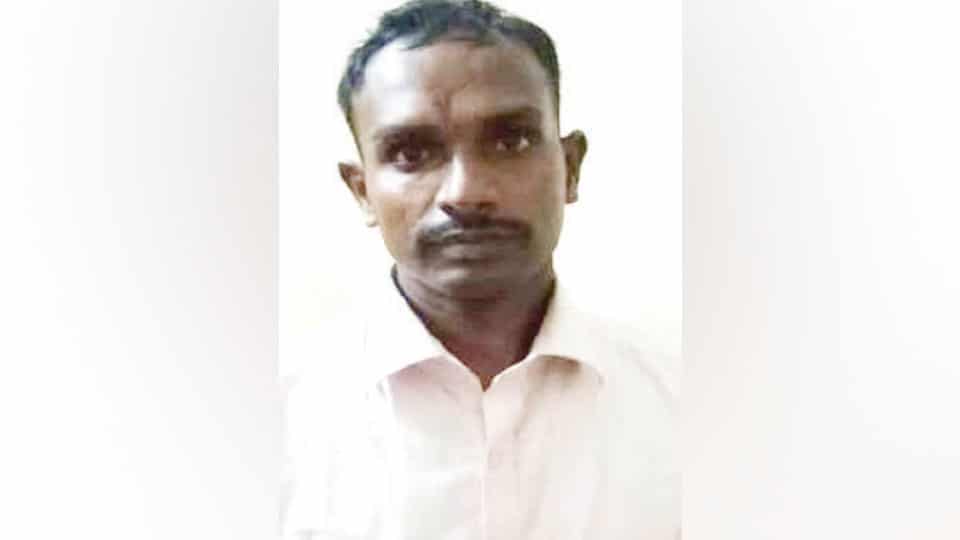 Mysore/Mysuru: A man, who was fleeing after allegedly stabbing his lover was caught by the public and handed over to the Police, who have arrested the man. The incident took place at a park on Sri Harsha Road on Wednesday evening.

The accused has been identified as Ramesh, a resident of Antharasanthe village in H.D. Kote taluk. The injured girl has been admitted to K.R. Hospital.

Ramesh is said to have been in love with the girl, who is working at a shopping mall in city and on Wednesday evening, he along with the girl were sitting and chatting at a park on Sri Harsha Road in Lashkar Police limits during which an argument broke out between them.

Ramesh, who objected to some messages coming to the girl’s phone, took out a knife suddenly,  allegedly struck on her face and tried to flee from the spot. But members of the public caught him and handed him over to the Police.

Lashkar Inspector Suresh, who has booked a case of assault and attempt to murder, arrested the accused and produced him before a Court, which remanded the accused to judicial custody.