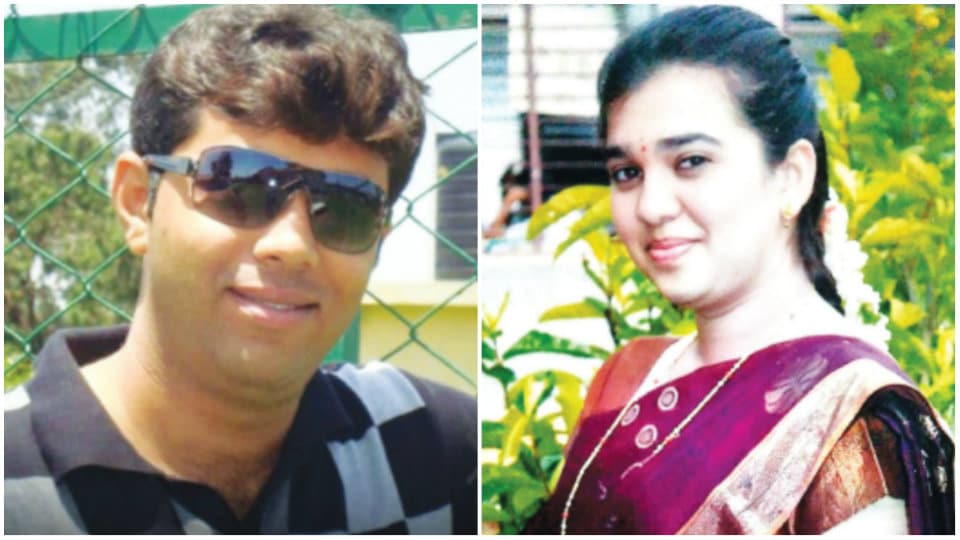 Mysuru: The father of a 20-year-old woman from a reputed family in Shivamogga, who opted for inter-religious marriage, has lodged a complaint with Jayanagar Police in Shivamogga that his daughter has gone missing. Arvind Hegde, a music teacher, has alleged that his daughter, Anusha Hegde, wedded to one Javed Khan, a Civil Engineer from Mysuru, has been missing since Dec.17, the complaint stated.

Javed works as a contractor, and became friendly with their daughter when they were studying in College together, the complaint stated. Arvind Hegde alleged that Javed was already married and has a child.

The complainant said his daughter, who was pursuing BE in Mysuru, was forced into the inter-religious wedding last year. He alleged that unable to bear the harassment of her husband, his daughter came to his house in Shivamogga on Dec.5. She went to Gopi Circle in Shivamogga for shopping on Dec.17 and has been missing since then. The complainant suspects that Khan has forcefully taken her daughter with him, and has requested the Police to conduct a probe.

SP Abhinav Khare told press persons in Shivamogga that the parents of the woman had lodged a similar complaint with the Police in Mysuru last year and the woman had then said the marriage had taken place on her consent. However, the Police would inquire into the fresh complaint, Khare said.

According to Police, the girl has given a statement saying they were in college together, and married secretly a year ago.

Sources said their friendship began on Facebook and continued for almost six months, and finally resulted in a secret marriage. Police said the matter is under investigation. “We have registered the complaint, and will take a suitable decision after ascertaining the views from all concerned,” a Police Officer said.

Shivamogga
Karnataka Housing Board scam back to haunt G.T. Devegowda ahead of Assembly polls
By George! Will GTD be Karnataka’s Giant Killer?