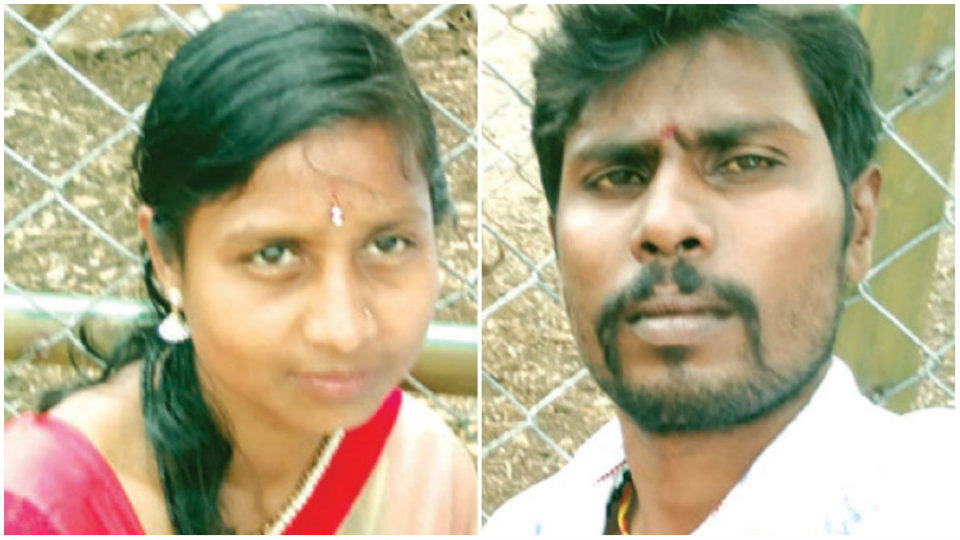 Bettadapura: A man, doubting his wife’s character, has allegedly strangled her to death using a nylon rope at Maratikoppal village in Periyapatna taluk yesterday morning.

Chandra, a native of Kyathanahalli village in Pandavapura taluk, had first married one Pavithra at Maratikoppal. After Pavithra died during delivery, Chandra married Muthamma, daughter of late Subbegowda of the same village. They were living together along with two children in a rented house and were working as labourers.

On Sunday night, Chandra who came home, accused Muthamma of having illicit relationship, fought with her and went to sleep. But between 4 am and 4.30 am the next day, Chandra strangulated Muthamma to death using a nylon rope which was seen by Muthamma’s four-year-old daughter Yashaswini and Akash, who was sleeping with her.

When Yashaswini tried to scream, Chandra is said to have closed her mouth and fled from the scene after committing the murder. Akash, immediately rushed to his grandmother’s house in the same village and informed the matter to her.

Meanwhile, Bettadapura Police, who tracked Chandra based on his mobile phone network, arrested him at Thorenooru village in Kodagu and have brought him to Bettadapura.