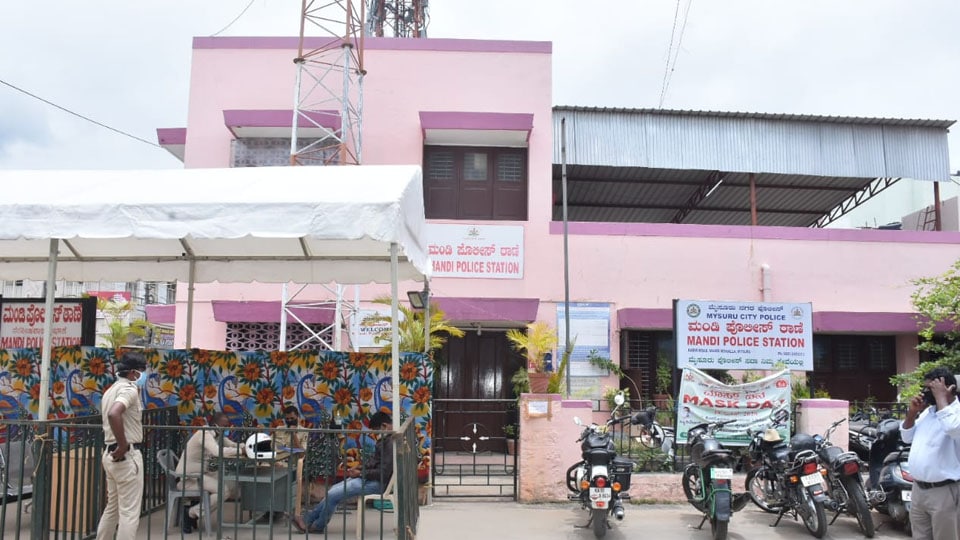 Deputy Commissioner of Police (Law and Order) Dr. A.N. Prakash Gowda told media persons that two Assistant Sub-Inspectors, one Head Constable and a woman Police Constable were among those who have tested positive. A Garuda vehicle and a PCR van, which was being used by the two ASIs have been stopped and the vehicles have been sanitised. The Police Station too is being disinfected.

The COVID-affected Cops have been shifted to Vikram Hospital at Yadavagiri which has been converted into a COVID Care Centre exclusively for Coronavirus Warriors and as a precautionary measure, other staff members working in Mandi Mohalla Police Station have been kept under home quarantine.

As Mandi Police Station would remain closed for the next seven days, temporary arrangements have been made at Narasimharaja Police Station to receive complaints from Mandi
Police jurisdiction. Barricades have been installed at the entrance of the Mandi Station to prevent public from entering the premises.

Police personnel, who are known as ‘Corona Warriors,’ are among doctors and others who are in the frontline in their battle against the deadly virus are being affected day-by-day. Earlier this month, the Office of the Assistant Commissioner of Police (ACP) – Traffic, located at Shivarampet, was sealed down on July 2 after a lady Head Constable contracted COVID-19 virus.

The Traffic ACP, along with eight staff were put under home quarantine and their throat fluid samples were tested which turned negative for COVID. The Office reopened on July 14. Entry of public to V.V. Puram and Vijayanagar Police Stations was also restricted as one Policeman each at the two Police Stations had contracted the disease.