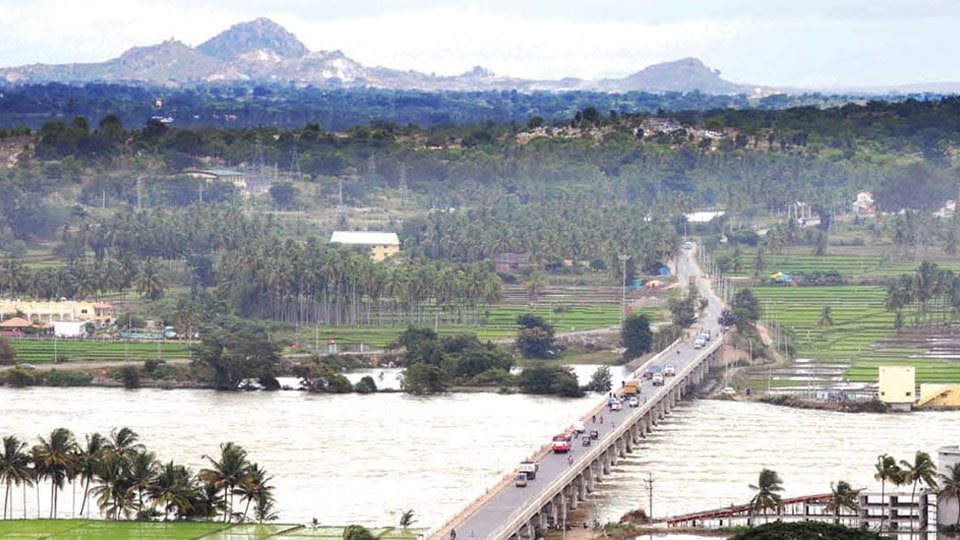 Mandya: Pressing for a permanent ban on mining and stone quarrying in and around the villages surrounding Krishna Raja Sagar Dam in Mandya, many organisations have called for Mandya bandh on July 29.

The bandh has been called to protect the interests of River Cauvery and the Dam which stores its water – a lifeline of the people of Mandya.

At a meeting called in Mandya last evening, the activists said that the State Government must immediately and permanently ban mining and stone quarrying in 20 kilometres radius around KRS as continuous blasting for stones is causing grave danger to the structure.

Farmers and various associations have been demanding a ban on stone quarrying and use of explosives within a 20 km-radius of the Dam. There are over 80 stone quarrying units, a majority of them owned by politicians in Srirangapatna and Pandavapura taluks. Most of the operators use high-intensity explosives to extract stones. This has been causing tremors and loud sounds near KRS Dam.

The Karnataka State Natural Disaster Monitoring Centre (KSNDMC) had submitted a report to the Mandya District Administration with suggestions to prevent the use of high-density explosive substances. “Despite scientific evidence, the State Government is dilly-dallying on the issue and is not committing itself for a permanent ban. Political pressure is being exerted on the Government by powerful lobbies in favour of mining,” they alleged.

The activists said that the agitation against mining will be extended to Bengaluru to draw the attention of policy-makers. Kempugowda of Rajya Raitha Sangha, Shambhunalli Suresh, Kallahalli Ravindra, M.B. Krishna, Nagannagowda, Prof. Hulkere Mahadeva, Naganna Banaswadi, Latha Shankar and others were present.