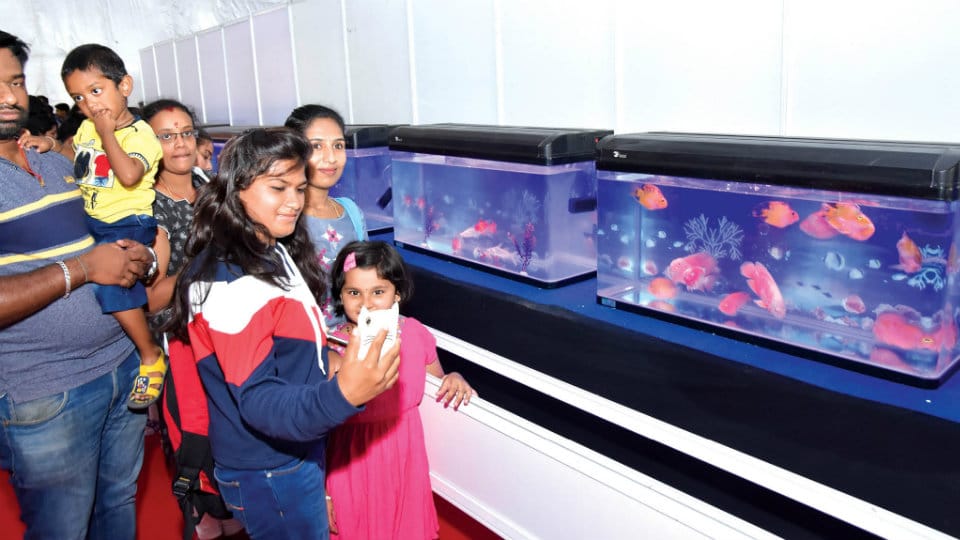 Mysuru:  For Mysureans who have been waiting for a world-class aquarium which is yet to come up near Zoo premises, here is a chance to see varieties of colourful and exotic fish at Mathsya Mela at JK Grounds this Dasara. The Mela was inaugurated yesterday by Minister of Fisheries, Ports and Inland Transport Kota Srinivas Poojary.

Last year, Mathsya Mela was held only for three days and this time, it is being held for six days. Visitors are being provided information about fish that are displayed. The Fisheries Department is also providing information to fish farmers with an intention of educating them and also encourage them to take up fish farming.

This apart, farmers are also being provided information on the entire gamut of animal husbandry. A demonstration on animal and bird rearing is being held. Fishing nets, coracle, life jackets and other fishing equipment are also displayed.