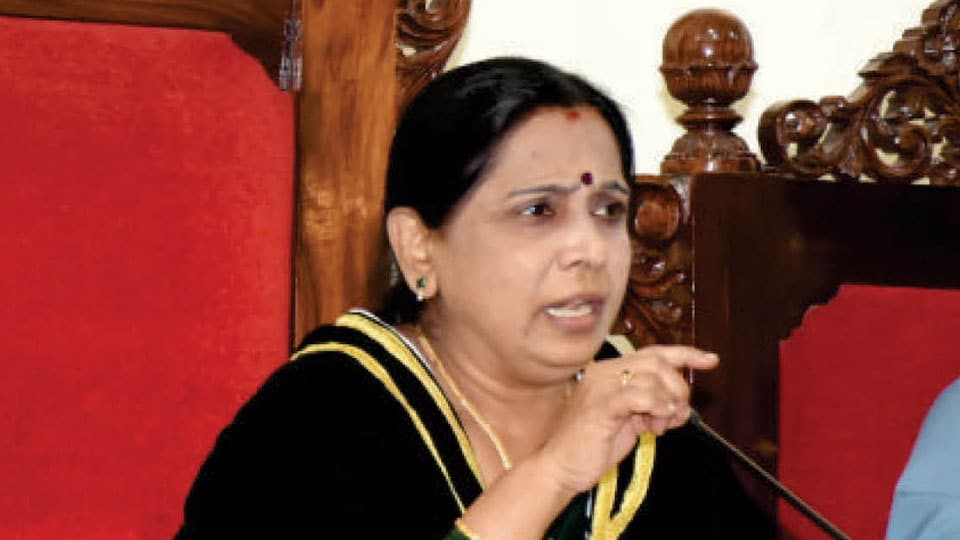 Mysore/Mysuru: In-Charge Mayor Sunanda Palanetra has expressed her displeasure about not being invited to the Ashada Friday meeting yesterday. “The meeting was pre-decided and as per the protocol, the invitation had to be extended to me in advance. I am the First Citizen of Mysuru and I got a call from the Personal Secretary of the District Minister only at 5 pm when the meeting started,” she told Star of Mysore this morning.

“These people want the Mysuru City Corporation (MCC) to do all the work during major events but do not have the courtesy to invite the First Citizen for a meeting. By the time I attended the meeting, it had already begun and I had to rush there after cancelling my prior engagements,” she said.

“I think the District Minister would have realised my absence and then he asked his Secretary to call me. At least the senior officers of the District and the MCC could have remembered me. By not inviting me, they have disrespected the Mayor’s position. Even when I went to the meeting, my signature on the meeting attendee ledger was not taken,” Sunanda Palanetra said.