Home » News » Who makes use of VIP facilities more, Police or politicians? 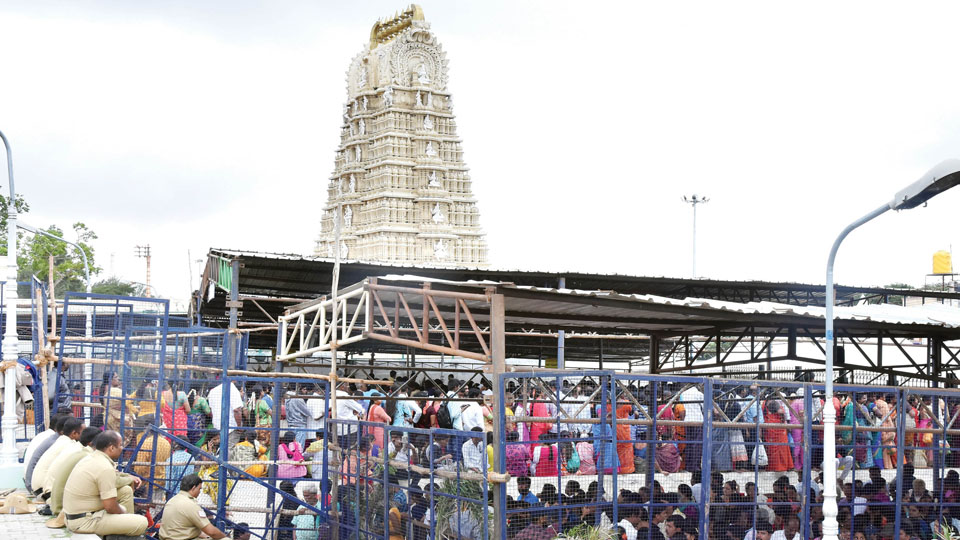 Who makes use of VIP facilities more, Police or politicians?

Mysore/Mysuru: Last year and in 2020, the District Administration faced severe criticism from the devotees and the public for allowing several VIPs who came with their groups to the Chamundeshwari Temple on Ashada Fridays and Chamundeshwari Vardhanti. The VIPs were allowed entry even as the Temple was out of bounds for devotees.

This step was widely criticised and the social media was full of comments, ridiculing the Police and District authorities. During yesterday’s meeting, City Police Commissioner Dr. Chandragupta raised the issue and asked District Minister S.T. Somashekar to make the stand clear on issuing VIP passes to vehicles as private vehicles are banned this time.

MLA L. Nagendra shot back and said, “The Police are not ordinary individuals and they make it a point to send all their friends and relatives inside the Temple and names are dropped if they are prevented at the gates. If we politicians use the VIP facilities and its perks up to 1 percent, the Police use it up to 100 percent.” Though the meeting remained silent on the issue, MLC C.N. Manjegowda too seconded Nagendra. However, no decision was taken on this issue.