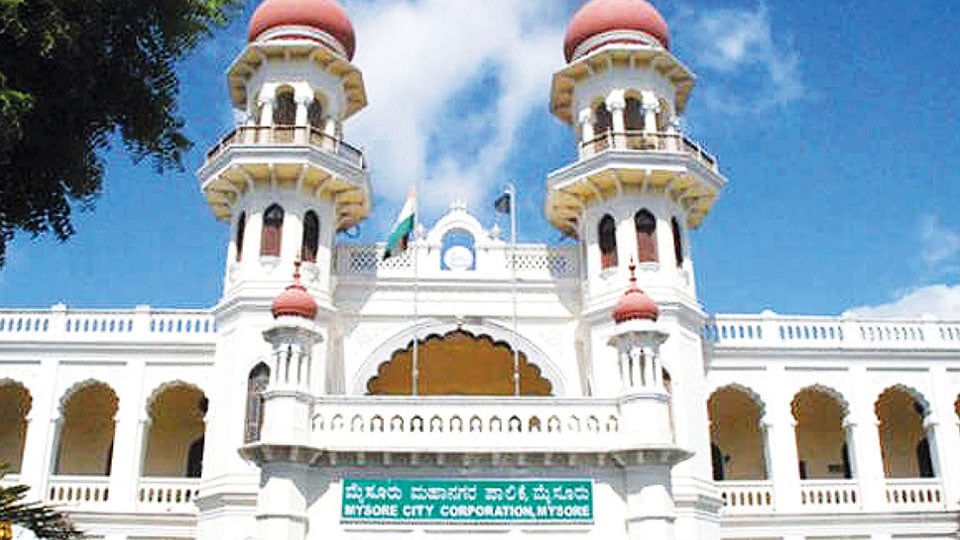 Mysuru: With the State Government announcing reservation matrix for Mayoral polls of eleven City Corporations, including Mysuru, JD(S), which is the alliance partner of Congress in Mysuru City Corporation, held a meeting of its Corporators at MCC Guest House in Vontikoppal this morning.

After a delay of over a month, the State Government on Thursday had announced the reservation matrix for all the eleven City Corporations of the State. As per the notification, the Mayor post for the second term of the current tenure of the MCC has been reserved for Backward Class-A Woman (BCA-Woman) and Deputy Mayor post for Scheduled Caste (SC) candidate.

With the announcement of the reservation matrix, political activities have gained momentum in the JD(S) as the Party will get the Mayor post this time as per an understanding reached with its coalition partner Congress, when the two parties sealed the alliance last year, with Pushpalatha Jagannath of the Congress becoming the Mayor and Shafi Ahmed of the JD(S) getting elected as the Deputy Mayor.

The Mayor post then was reserved for Woman (General category) and the Deputy Mayor post was reserved for BCA  candidate. The term of the current Mayor and Deputy Mayor ended on Nov.16 and the new Mayor was supposed to take office on Nov.17. But the delay in the announcement of the reservation matrix for the Mayoral polls, enabled Pushpalatha Jagannath and Shafi Ahmed to continue their office until the next Mayoral polls is held, the date of which is yet to be announced.

Today’s JD(S) meeting was chaired by K.R. Nagar MLA S.R. Mahesh, who has taken up the responsibility of organising the JD(S) in Mysuru district, with senior party leader and Chamundeshwari MLA G.T. Devgowda staying away from Party activities since the fall of the coalition Government. The meeting was attended by all the 18 Party Corporators.

Addressing Corporators, Mahesh announced that the alliance with Congress will continue. JD(S) will get the Mayor post this time. There are four woman aspirants — Reshma Banu of Ward 17, Namratha Ramesh of Ward 22, Taslima of Ward 26 and K. Nirmala of Ward 45, all from BCA category, he said.

Mahesh held one-on-one talks with each of the four aspirants and tried to convince them to name one among them. But as all of them insisted on becoming the Mayor, Mahesh said that he would discuss the issue with the party High Command. Mahesh also appealed all the party Corporators to stay united.

Speaking to media, Mahesh said that with the threat of ‘Operation Lotus’ of the BJP looming large, all the 18 JD(S) Corporators have been asked to stay united. Replying to a query on Chamundeshwari JD(S) MLA G.T. Devegowda’s absence at the meeting, Mahesh said that GTD was very much with JD(S).

The 65-member MCC has 22 members from BJP, 19 from the Congress, 18 from JD(S), one from BSP and five Independents. The polls to the 65-member civic body was held in August last year. Pushpalatha Jagannath of the Congress became the Mayor and Shafi Ahmed of the JD(S) became the Deputy Mayor in the last Mayoral polls held on Nov.17, 2018.