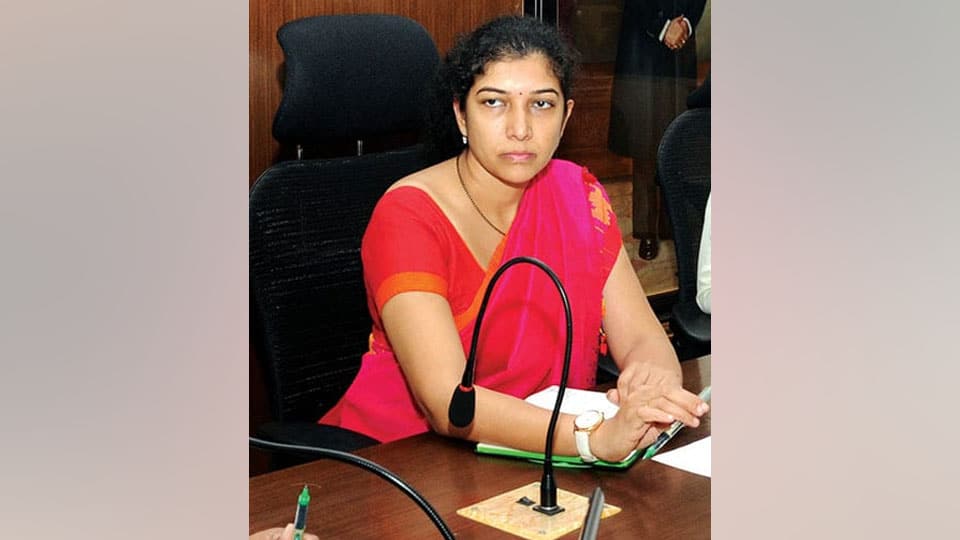 Mysuru: Even as the 20-day-long political crisis ended in the State with B.S. Yediyurappa taking over as the new Chief Minister on July 26, MCC Commissioner Shilpa Nag, an IAS Officer, has gone on a year long leave to take care of her child.

Although Shilpa Nag had applied for a two-year leave, the Department of Personnel and Administrative Reforms has sanctioned her 365 days leave from July 26, 2019 to July 24, 2020, as per the provisions in the All India Service Cadre (leave) rules.

Shilpa Nag, who was serving as SIRD (State Institute of Rural Development) Director in the city was posted as MCC Commissioner ahead of the Lok Sabha polls and she took charge of the civic body on Feb. 17, 2019.