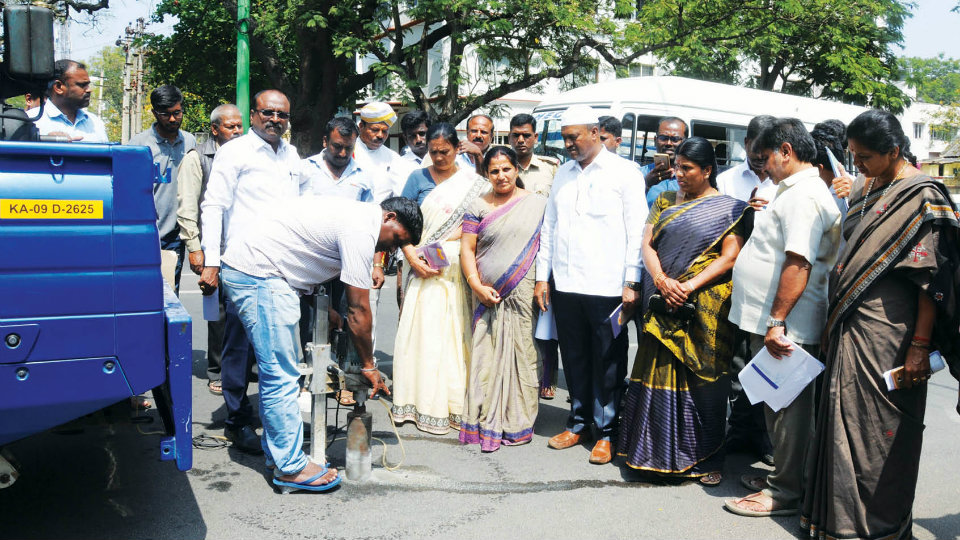 Mysuru: The Probe Committee which is constituted by the Mysuru City Corporation (MCC) in connection with MG Road Double Billing Scam where Rs.1.4 crore was allegedly siphoned off by submitting two bills for the same work has decided to submit a detailed report to the State Government recommending action against the guilty officials as allegations have been found true.

The panel, headed by Mayor Pushpalatha Jagannath, which conducted meetings for more than three days conducted a spot inspection recently on MG Road stretch along with engineers and officials.

The Committee found that the contractor and officials involved in the scam had violated the norms in road asphalting and had produced different bills for the same work.

The Committee has decided to submit a report to the government with all supporting documents like fake bills, amount paid and other relevant records.

The Committee inspected MG Road from District Court Complex to Siddappa Square focussing on the asphalting work, covering the length and width of the asphalted portion, quantity of materials used, equipment used for the job and the quality of the works undertaken.

They also examined median parameters, interlocking tiles and concrete blocks used for the purpose and collected information and documented them.