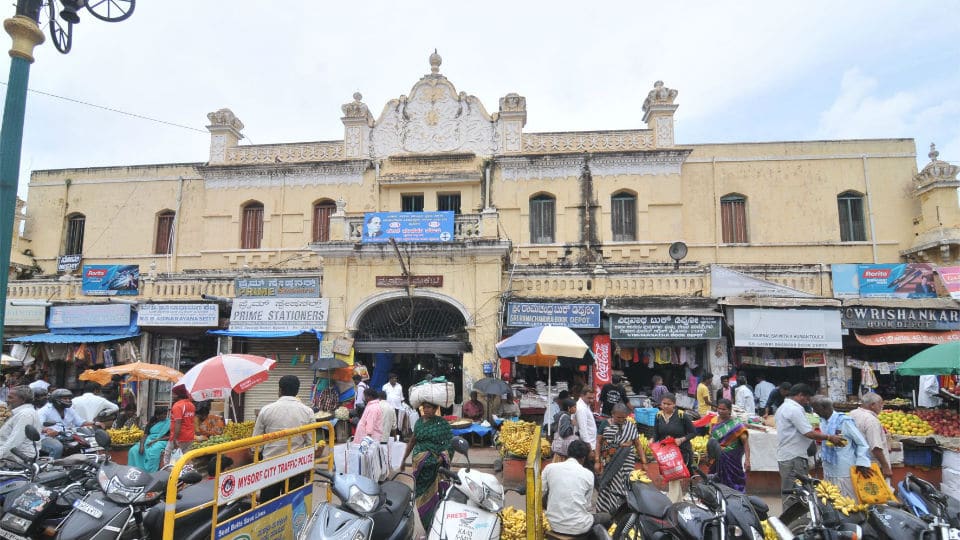 Mysuru: The Mysuru City Corporation (MCC) has begun the process of evicting the tenants of the century-old and dilapidated Devaraja Market that will be reconstructed. Eviction notices are being prepared and will be issued to over 728 tenants next week.

Though the rental agreements between the MCC and the tenants expired in 2003, the MCC move of evicting the tenants for renovation hit a roadblock as the tenants approached the High Court for a stay.

“The Court stay on the renovation has been vacated. Under the Public Premises Eviction Act, we are issuing notices to the tenants to clear the premises at the earliest,” MCC Revenue Officer Kumar Nayak told Star of Mysore.

There are over 728 tenants in the market and re-tender will be called after revising the rent rates, he added.

“We have discussed in the MCC and have already prepared notices and will be issuing them next week. A portion of the market collapsed in August last year and the MCC will reconstruct the market. The State Government too has agreed to provide funds and we are waiting for the same,” he said.

Kumar Nayak said that the Detailed Project Report (DPR) for the Devaraja Market reconstruction is ready and market will be constructed on the lines of the original architecture of the market. He said that the Lansdowne Building reconstruction will also be taken up simultaneously with the Devaraja Market since DPRs and funds had been sought for both.

But the eviction move has not been taken lightly by the vendors. Devaraja Market Vendors’ Association Present Pailwan Mahadev told SOM that it would be a Contempt of Court. He said that he was not aware of the MCC getting the stay vacated. “We will have to study the Court order to make our next move. If need be, we will knock the doors of the Court again,” he said.