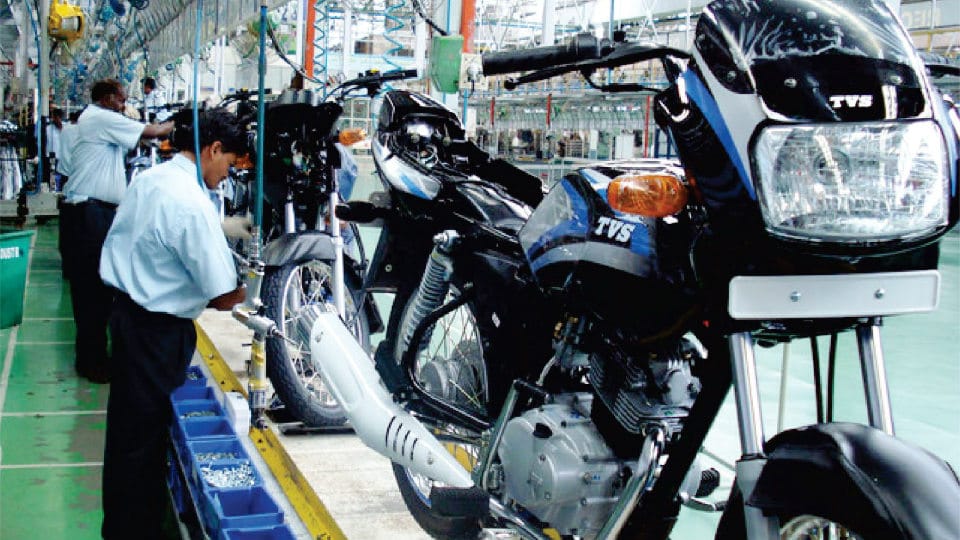 TVS to set up Rs. 1,100 crore Two-wheeler Plant in Mysuru

Mysuru: Chennai-based TVS Motor Company will set up an all-new two-wheeler production facility at Byathahalli near Kadakola in Mysuru at a cost of Rs. 1,100 crore. The State Government cleared the project at a meeting in Bengaluru yesterday.

“TVS will set up its Two-wheeler Plant at Byathahalli. The proposal was cleared by the State High Level Clearance Committee (SHLCC),” said R.V. Deshpande, Minister for Large, Medium Industries and Infrastructure Development yesterday, after the meeting. When it comes up, the Plant will provide create employment for 800 people, he added.

Six months back, Karnataka received an investment proposal from TVS Motor Company to set up the Plant. The proposal was sent to the Government under Karnataka Udyoga Mitra scheme and will be implemented through ‘Kaigarika Spandana’ programme.

As the project has been cleared, over 25 acres will have to be allotted by Karnataka Industrial Area Development Board (KIADB). “We will now begin spot inspection and measure the land. Once the land is identified and measured, a No Objection Certificate (NOC) has to be taken from nine departments including fire, Police, Health, Food and Civil Supplies, PWD and the Karnataka State Pollution Control Board.

“Once the NOC is obtained, the project will be executed,” Ramakrishne Gowda added.