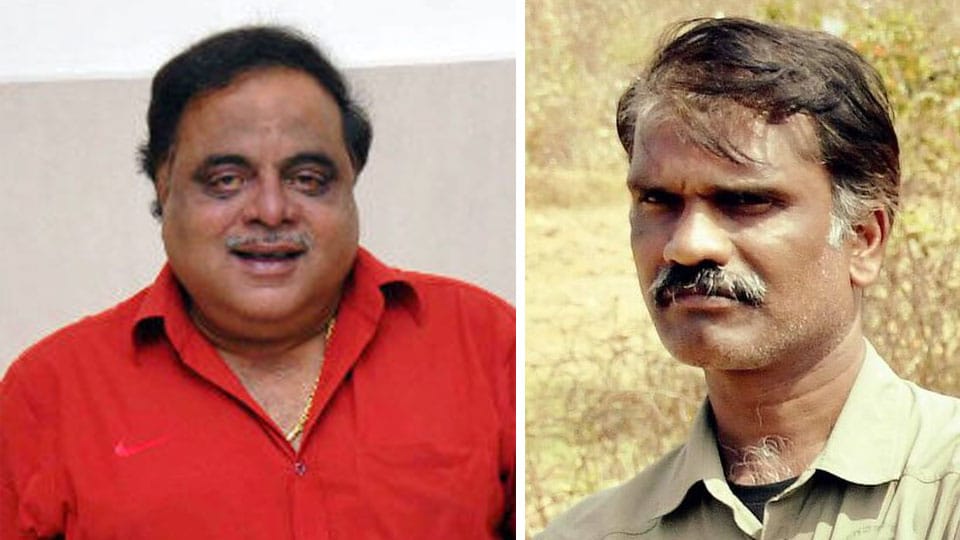 Mysore/Mysuru: With a view to pay rich tribute to a senior IFS Officer S. Manikandan who laid down his life while on duty, Mysuru City Corporation (MCC) is planning to name a road on which the Aranya Bhavan building is located in Ashokapuram in the city, after him.

The MCC has also proposed to name a road after noted Kannada actor and politician, M.H. Ambarish, who died two years ago.

The General Body Meeting of MCC held on Feb. 27 this year had agreed to name two roads after Manikandan and Ambarish in the city. Accordingly, the MCC has identified the Aranya Bhavan road to name it after 45-year-old Manikandan who was Conservator of Forests and Director of Nagahole Tiger Reserve.

Tragedy was that he had been credited with reducing incidents of man-animal conflicts among other achievements, but his end came on World Wildlife Day after being attacked by a wild elephant while he was inspecting a minor forest fire at D.B. Kuppe range of Nagarahole National Park. The incident occurred when a lone tusker came from behind and charged at the group of Forest Officers who were being briefed by Manikandan. Unfortunately, he lost balance and fell only to be trampled by the jumbo.

Ambi’s name: The MCC has also proposed to name the 6th Main Road, which passes through Ward No. 1, 2, 3 and 20 Ward, as Dr. M.H. Ambarish Road. In fact, he needs no introduction as he hailed from Mysuru and went on to become a popular actor in Kannada film field.

Subsequently, he got elected to the Karnataka State Legislative Assembly and had worked as Minister. Popularly known as ‘Mandyada Gandu,’ Ambarish had a large fan following which helped his wife Sumalatha Ambarish to win from Mandya Lok Sabha constituency as an independent candidate.

Suggestions invited: The MCC Executive Engineer (West) has called for suggestions or objections in writing from the general public in this regard within 30 days.

In 2009, the Urban Development Department issued notification regarding naming of roads, junctions, parks and other public places rules-2008 in Municipal Corporation limits.

The authorised Standing Committee of the jurisdictional Corporation will propose the names and the public can have their say by way of suggestions and objections. Only main roads can be named while interior roads and cross roads will be identified with a number.