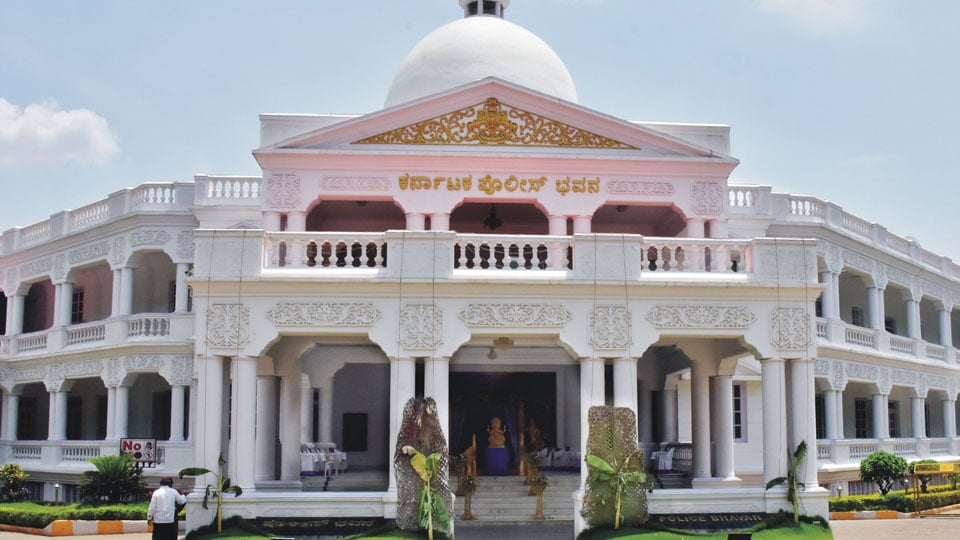 Mysuru:  The Mysuru City Corporation (MCC) has slapped a “Japthi Warrant Notice” (property attachment notice) on Karnataka Police Bhavan authorities asking them to cough up pending tax amount since 2002 within 15 days. The Police Bhavan authorities have allegedly been paying less tax under Self-Assessment Scheme (SAS) and in all, they have to pay Rs. 1.65 crore to the MCC. The convention centre is run by the Police Welfare Trust.

The “Japthi Warrant Notice” was issued by Commissioner Zone 1 on 11.6.2019 based on the directions from MCC Commissioner Shilpa Nag and as per the Municipal Administration rules to recover dues from public establishments. The notice has given a deadline of 15 days to pay the pending tax failing which the MCC will attach the property.

The notice has been issued to Commandant, the President, Karnataka Police Bhavan, Lalitha Mahal Road as the building Khata has been registered in the name of the Commandant.

Speaking to Star of Mysore, MCC Commissioner Shilpa Nag said that they went by the Municipal Administration provisions. “The Police Bhavan authorities even have the option of paying the tax dues in instalments after paying a certain amount seeking more time if they are not in a position to pay the tax at one go,” she said.

In April this year, a notice was issued to the Police Bhavan authorities asking them to pay the taxes within 30 days. But this notice was allegedly dishonoured, forcing the MCC to issue a “Japthi Warrant Notice” sources said.

MCC officers said that since 2002, the Police Bhavan authorities have been paying an SAS Tax of Rs. 23,000 per year as, according to them, the building stood on a land that measures 42,600 sqft. According to the declaration made under SAS, the building is spread over 42,600 sqft. However, the total built up area is actually 64,218 sqft. The MCC found that no permission had been sought either for the additional built-up area or the building approval plan or the Completion Certificate.

Reacting on the issue, City Police Commissioner K.T. Balakrishna told SOM, “I have no comments to offer now and we will take a step legally and as per legal provisions.”