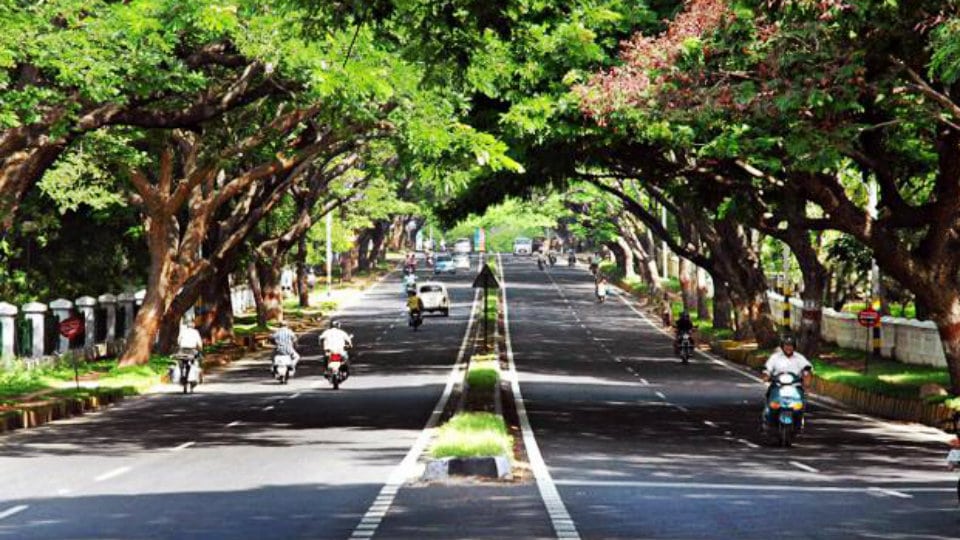 Mysuru: “After overcoming a few shortcomings cited during the previous assessment, top priority will be given for cleanliness right from today leaving no stone unturned so that Mysuru gets back the tag of ‘Cleanest city’ again, said MCC Commissioner K.H. Jagadeesha.

Speaking at the Swachh Survekshan meeting held at MCC premises here on Tuesday, Jagadeesha said that Committees would be constituted in all the 65 Wards to visit every house and create an awareness on cleanliness and hygiene. He added that thematic pictures with messages on cleanliness would be drawn on walls and unkempt buildings.

Continuing, Jagadeesha said that a documentary on cleanliness would be made and screened through mobile vehicles during Dasara to draw the attention of the public.

He added that a giant LED screen will be installed at five prominent places in city frequented by tourists and general public to beam message on cleanliness.

Bags to replace buckets: Jagadeesha said that MCC has decided to provide bags instead of buckets to public for segregation of wet and dry waste.

The participants at the meeting suggested that cleanliness awareness should be made intensively among school and college students. They also sought good public toilets near Hardinge Circle, Ashokapuram and Chamarajapuram Railway Stations.

Earlier to that, a meeting was held with hotel owners. Jagadeesha appealed the hotel owners to give top priority for cleanliness by banning plastic and sought their co-operation for illumination of circles and buildings during Dasara.

The hotel owners bemoaned that licence renewals were getting inordinately delayed and asked the MCC Commissioner to expedite the process.

Jagadeesha replied that the process got delayed owing to MCC elections and asked the hotel owners to follow up with Zonal Assistant Commissioners.

MCC Health Officer Dr. Nagaraj and others were present.