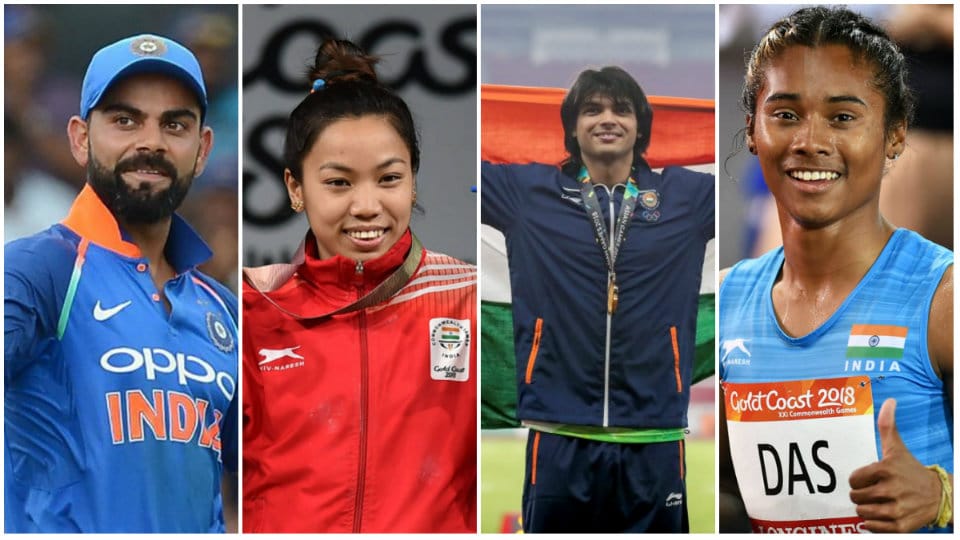 New Delhi:  The National Sports Awards 2018 were officially announced yesterday. The full list of Awardees was released by Press Information Bureau (PIB) on their official website.

Chanu is the current Commonwealth Games gold-medallist and India’s biggest medal hope in weightlifting going into the 2020 Tokyo Olympics. For Chanu, the award comes as a massive morale-booster as she is currently recovering from a lower back injury, which forced her to skip Asian Games in Jakarta.

The Dronacharya Award, officially known as Dronacharya Award for Outstanding Coaches in Sports and Games, is presented to coaches and mentors. It is the highest coaching honour of the Republic of India. This year 8 coaches have been awarded the honour. This list stoked a controversy after national compound archery coach Jiwanjot Singh Teja’s name was dropped after it came to light that he had served a one-year ban following an incident of indiscipline during 2015 World University Games  in Korea.

Rashtriya Khel Protsahan Puruskar for 2018 were given to Rashtriya Ispat Nigam Limited for Identification and Nurturing of Budding and Young Talent, JSW Sports for Encouragement to Sports through Corporate Social Responsibility category and Isha Outreach in Sports for Development category.