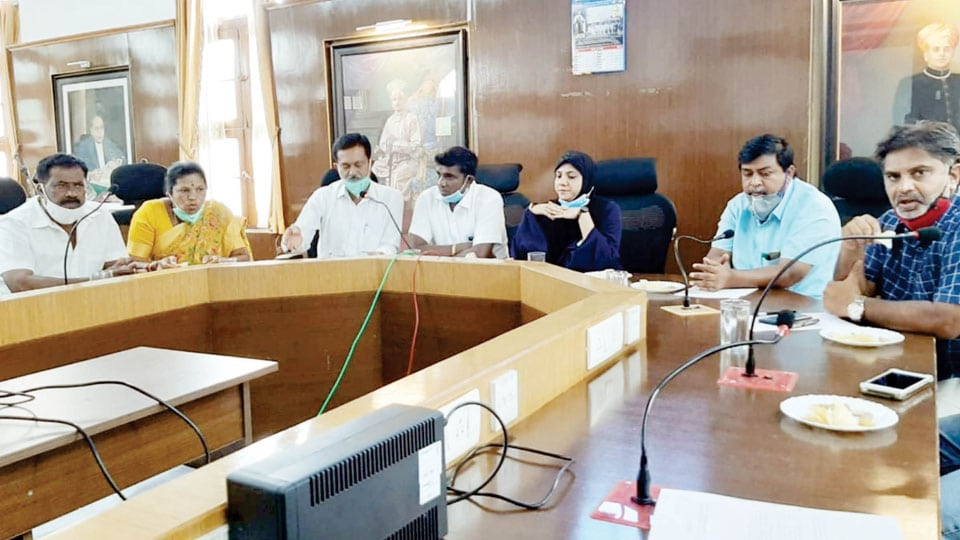 Mysore/Mysuru: Strongly denying MP Pratap Simha’s allegation that MCC Works Committee members were extorting money from people constructing buildings and the contractors engaged in laying of underground power cable works, at a meeting chaired by the  District in-Charge Minister at Regional Commissioner’s office recently, the MCC has strongly condemned the MP’s remarks terming it as baseless and unwarranted.

Addressing a press meet at the MCC’s Old Council Hall here yesterday, MCC Works Committee Chairman Syed Hazrathulla dismissed the MP’s allegations and said that no member of the Committee was indulged in extortion of money or loot.

Maintaining that the Committee members visit the sites or spots whenever complaints are received on violation of building norms or encroachments, he said that it is painful that the MP had made allegations without checking the facts.

Reiterating that the members do not visit construction sites for the sake of money, Hazrathulla said that the MP could have raised the issue at the MCC Council meeting if he had any problems, instead of making baseless allegations elsewhere.

Urging the MP to take back his remarks, he said that all the members of the Committee, including two from the BJP, the party to which Pratap Simha belongs to, will quit en masse if the MP proves his allegations with facts and figures.

He also wanted the MP to be more sensible in making remarks and issuing statements.

However, two BJP members of the Works Committee — Sunanda Palanetra and Prameela Bharath — stayed away from the press meet.