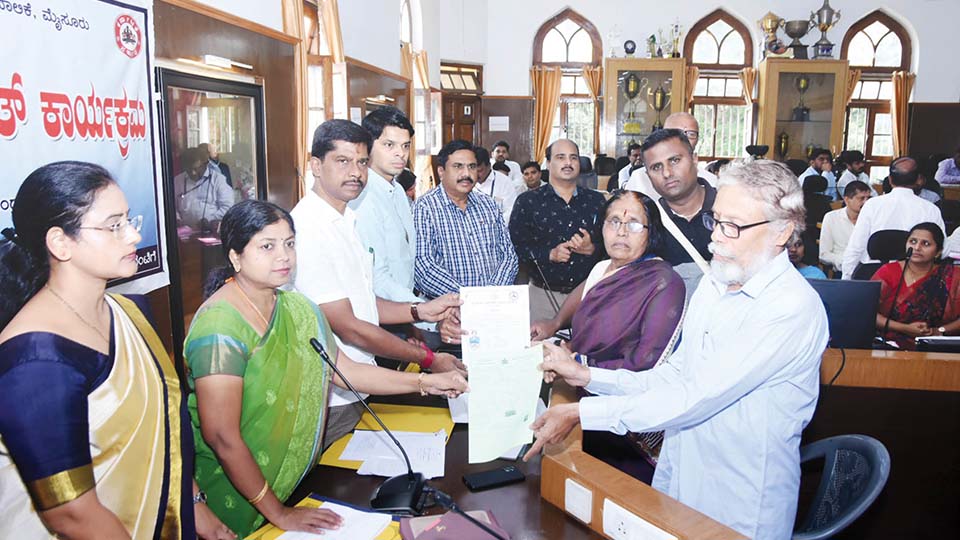 Mysuru; The Palike Adalat that was organised by the Mysuru City Corporation (MCC) to speedily deliver Government services to the residents of Mysuru concluded today with the final Adalat that was held under the chairmanship of Mayor Shivakumar.

The Adalat was organised from Nov. 14 to Nov. 19 and initially, the initiative ran into rough weather due to poor response.

In all, the MCC received 272 applications for the redressal of various grievances and 98 of them were cleared as they were pending due to some technical issues that caused a delay.

The remaining 174 applications had the footnote saying that why the applications had been rejected. Only those residents whose grievances were not addressed and had a footnote could approach the final Palike Adalat. Today, the MCC received about eight fresh applications.