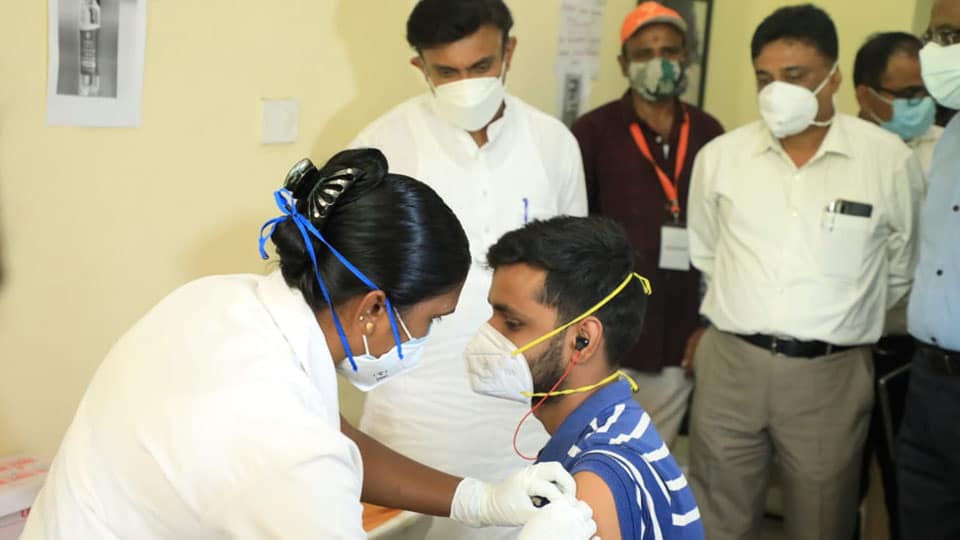 Addressing a preparatory meeting with Deputy Commissioners of all districts through a video-conference on Tuesday, Chief Minister Basavaraj Bommai said that the drive coincides with the birthday of Prime Minister Narendra Modi.

Directing the officials to ensure adequate arrangements, Bommai said “The State has administered 1.10 crore doses in August alone, the highest in a month. This month we have already received 48.96 lakh doses from the Centre and we are well on course to fully  vaccinating the adult population by the end of November.”

He said that the Centre plans to administer nearly 3 crore doses in the massive vaccination drive on Sept.17. Pointing out that a special request has been made to the Centre for supply of vaccines, he said that the plan is to cover on priority all BPL families and construction workers in every district and slum dwellers in all urban areas.

Noting that officials have been directed to involve private hospitals, medical colleges and nursing homes in the drive, the CM said that special vaccination camps would be organised as part of the drive in the districts. All Ministers will monitor the drive in their respective Constituencies. The CM will launch the drive at Kalaburagi on Sept.17.

As part of the massive vaccination drive, the Health and Family Welfare Department in Mysuru  has planned to vaccinate 1.25 lakh eligible population on Sept. 17.

In a press release, DHO Dr. K.H. Prasad said that the Department has set a target of vaccinating 1.25 lakh people in the district.

He further said that the vaccination drive is open for all people aged above 18 years, for both first and second doses of COVID vaccine.