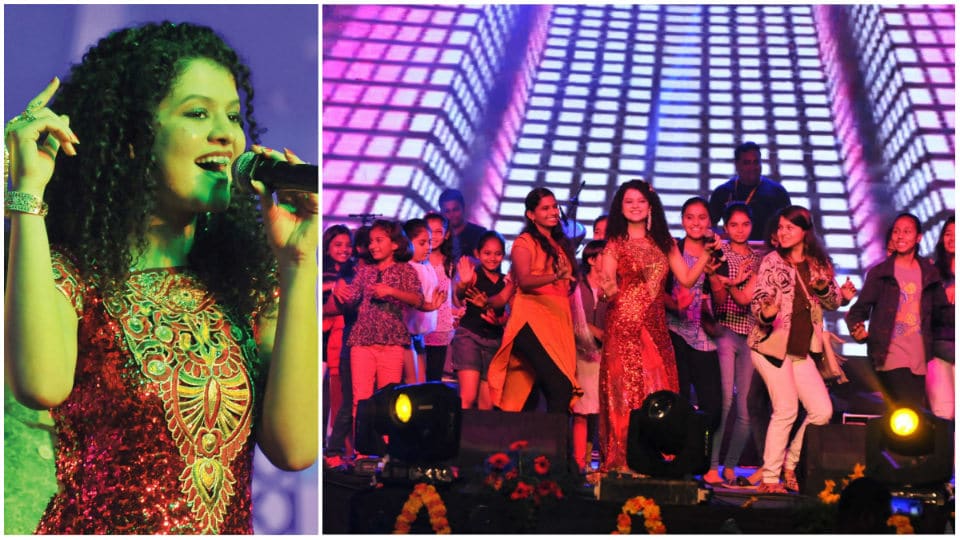 When the actual Yuva Dasara began, empty chairs greeted the guests. But as the clock ticked 9 pm, people thronged the venue to catch a glimpse of Palak Muchhal.

She started off with ‘Tu Hi Ye Mujhko Bata De’ song from movie Aashiqui 2 which won her many awards. This was followed by a number of melodies including the latest chartbuster song ‘Kaun Tujhe’ from the movie M.S. Dhoni. The crowd swayed as Palak rendered the famous song ‘Hum Tere Bin’, the famous love anthem from Aashiqui 2. Palak continued to entertain the audience with her favourite songs rendered by other playback singers.

Palak Muchhal has been conducting concerts named ‘Dil Se Dil Tak’ (from heart to heart) in various parts of country and world to raise funds for her Palak Muchhal Heart Foundation which mainly help the kids with congenital heart diseases. Till date, the Foundation has helped 1,282 children undergo heart surgeries. There are another 422 children waiting to be operated upon. Palak has also entered the Guinness Book of World Records and Limca Book of Records for achievements in social works.