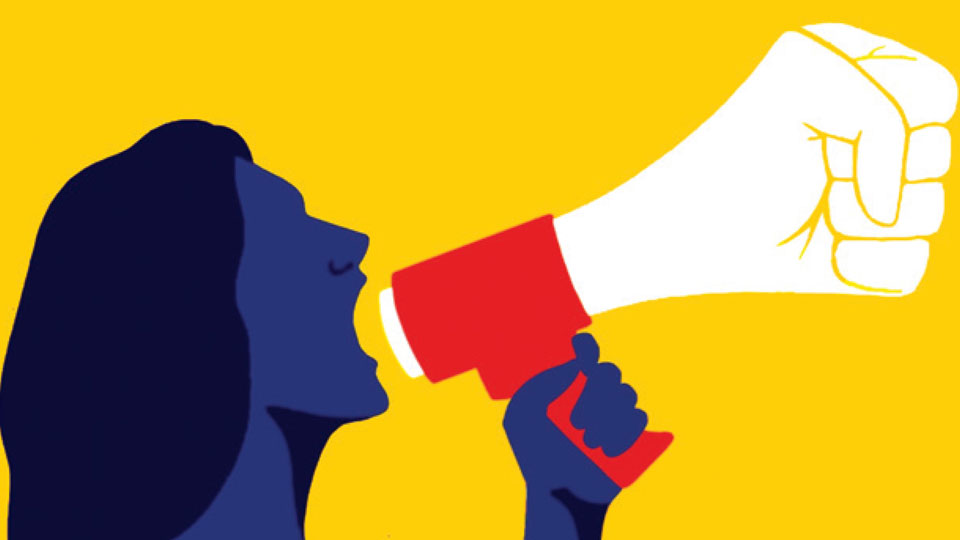 The lack of light and easy access to Police personnel emboldened the perverts. To make matters worse, media and Police instead of debating about how to deal with perverts in public spaces made excuses for them.

As usual the ‘western dress’ was blamed, then questions were asked, “Why should the girls go out in the night.” May be, we need to stop all men from going out at night instead. Because men it seems, as the sun sets, tend to become sexual predators. Of course, not all men are predators… but almost all sexual predators are men.

Most Indian men’s attitude towards women is like their civic sense: My house must be clean, but outside the compound let’s piss away to our bowel’s content. Similarly, Indian men revere their mothers and are protective of their wives and daughters; but other women are game.

Sadly, even when we reprimand men who misbehave with women we ask, “Don’t you have a mother or a sister?” And this is a problem because by reiterating this, we are reinforcing the idea that we must respect only women in our family.

Why should men only respect women who are related to them? Why not just say respect women, period. In fact, be respectful of everyone, which is what decent human beings do.

Now, the #MeToo movement is having its moment in India. Like in the US, here too it began essentially as a movement against a predator in the film industry.  But it is ironic that while Bollywood people speak about empowering women, the same people make film after film that ‘objectify’ women.

And the #MeToo movement, while has given the much needed relief to women who were suffocating with the secret of their harassment for years, has also led to reckless naming and shaming. Women who use #MeToo platform for vengeance, to settle scores and defame must be ostracised from the movement because they cause harm to families and dilute the movement.

Like in the case of Chetan Bhagat where a woman accused him of forcing himself on her and harassed her. But when Chetan Bhagat posted her email where she signs off saying, “Miss you. Kiss you” she brushes it aside saying it’s just “pop culture salutation” and not a  “signal or intention.”

But this is grey area. What is salutation to one could be flirtatious to the other. Also no one seems to ask her if she signs off with a “Miss you. Kiss you” to others? Some may ask why not just sign off with a regular “Good bye” instead of an ambiguous salutation?

For now, Chetan Bhagat’s accuser, by putting his name on #MeToo list, has lumped him in the same category as a serious sex offender. She has also caused trauma to his wife, two young children and left him to salvage his career. Meanwhile, the accuser continues to lead a peaceful comfortable life.

In the same manner, hair-stylist Sapna Bhavnani warned Amitabh Bachchan, “Your truth will come out very soon. Hope you are biting your hands cuz nails will not be enough.”  Then she says “He hasn’t done anything to me..Clearing this NOW..but i know many that he has.”

If that is the case, then this is not her #MeToo story to tell, it is for the women who were abused by Bachchan to do so. So is this a threat to Amitabh Bachchan? What is this? Is there no repercussion for such blatant misuse of free speech?

Women who dilute the #MeToo movement by using it to settle scores and get publicity are hurting women’s chances of employment and companionship of good decent men.

Also a few top female actors, while supporting the #MeToo movement, have themselves held back women.  Some of the top actresses who speak of Bollywood producers and directors being sexual predators can’t even speak Hindi. Most of them have not gone to acting schools. Many of them have never worked in theatre and almost none have previous acting experience.  So how do they get lead roles?

These women by using their looks and connections have deprived good roles for worthy women who have gone to acting schools and spent years perfecting their acting skills.

The poor uncompromising actresses end up being cast as the sister of the hero or the sidekick to a sexy starlet. Is this fair?

Why don’t feminists call such actresses out? Let’s hope the #MeToo movement has scared the producers and directors enough that instead of casting from the couch they will cast from an actual talent pool.

But the women who need a #MeToo movement the most are the lower middle class women of India. These women face sexual predators in every aspect of their lives. It begins in the morning itself when they get on to a bus to get to work. Unfortunately, no one fights for them.

For now, the truth is when it comes to any sexual abuse, only fear of punishment works as deterrent. If an 81-year-old Bill Cosby could be sent to jail for crimes he committed when he was in his 30s, why not here? Even though it seems like a long time between crime and punishment, bygones can’t be bygones, if there is proof.

Also women, instead of being blinded by fury, must realise they need good men to help them fight the good fight. Because all men are not predators and all women are not victims.