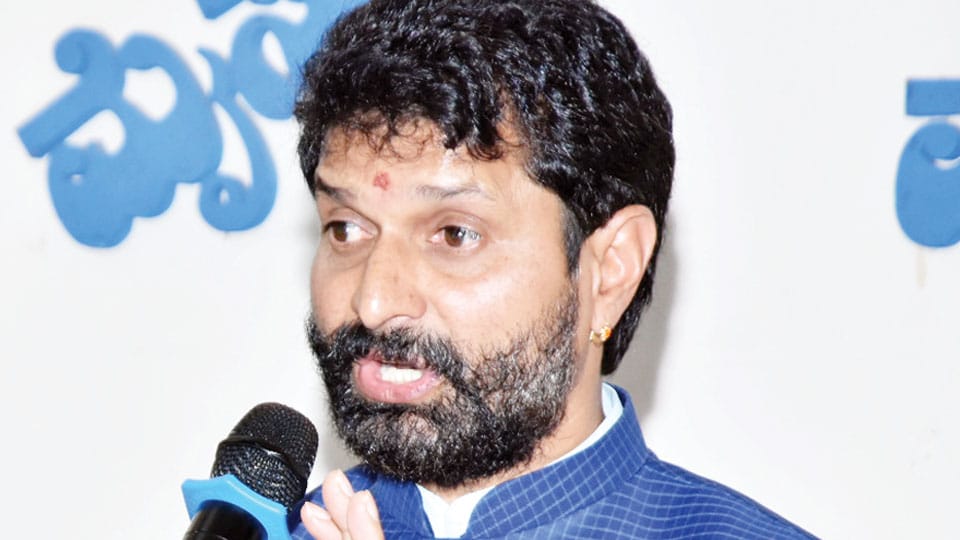 Minister for protection of heritage buildings

Mysuru: Speaking to reporters after inaugurating the expo at JSS Urban Haat, Tourism Minister C.T. Ravi disclosed that he had sought funds from the Union Government to protect over 180 heritage buildings in city, all of which have historical importance of decades.

He added that he had appealed the Union Tourism Minister Prahlad Singh Patel in that context. He recalled that under the Pilgrimage Rejuvenation And Spiritual Augmentation Drive (PRASAD)scheme, Rs.50 crore has been released last year for Chamundi Hill.

Switching over to Dasara, Ravi said that the Tourism Department has made special arrangements in Ramanagara and Mandya. The tourists travelling between Bengaluru and Mysuru would be introduced to ‘Native food culture’ by serving Thatte Idli, Ragi Mudde and Uppu Saaru along with other local food items in Ramanagara.

Entering Mandya district, the tourists would be familiarised with rural life and agricultural practices at Srinivasa Agrahara near Srirangapatna for which the Mandya District Administration has selected a couple of Thotti Manes and organic farming areas. The tourist can experience riding a bullock cart, try ploughing the field, graze the sheep and savour the jaggery cubes at Alemane. A minimum fee would be levied for taking photos or videographing at Thotti Mane which would be passed on to the farmers, explained Ravi adding that publicity for Dasara should be done 6 to 7 months prior to Dasara Festival across Indian and abroad to facilitate tourists to organise their tour plans.