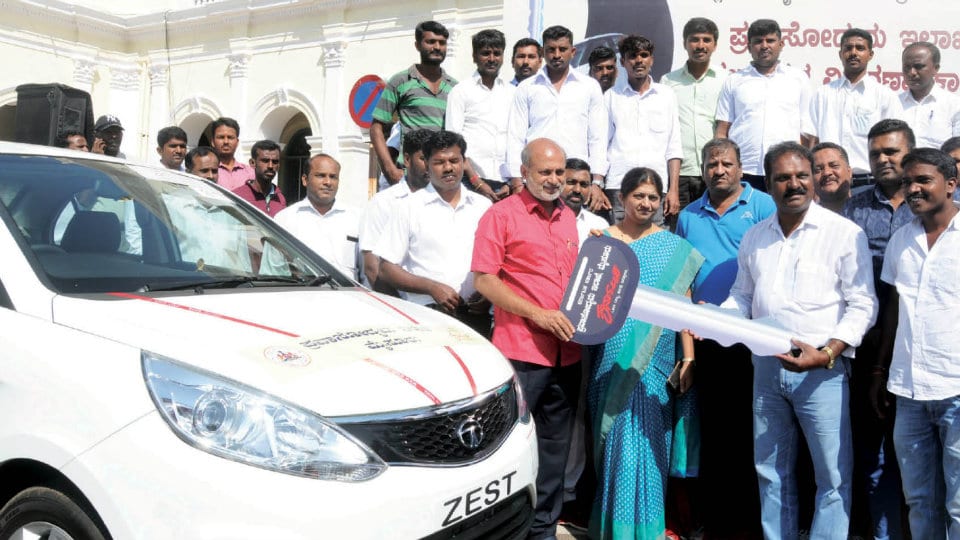 Mysuru: A distribution programme of Tourist Taxis to unemployed SC/ST youths (ST), other Backward Classes and Minorities was held near the Office of the Deputy Commissioner in city yesterday.

Tourism Minister S.R. Mahesh handed over the keys of Tourist Taxis to 35 beneficiaries and music instruments to 42 beneficiaries.

The taxis and music instruments were given by the Department of Tourism and District Administration under Special Component Plan (SCP) and Tribal Sub Plan (TSP) and Self Employment schemes. Drums, keyboards, drum pads and other musical instruments were handed over to selected youths.

Speaking on the occasion, the Minister said that the State Government had introduced this scheme for the benefit of unemployed youth as part of promotion of self employment and tourism activities.

The State Government will bear 50 percent of the cost of the vehicles and the banks will advance auto loans for 45 percent of cost at an interest rate of 10 percent.

The beneficiaries will have to bear five percent of the cost for purchase of tourist taxi. Earlier, the State Government was providing Rs. 2 lakh grant for purchase of a taxi, but now it has been increased to Rs. 3 lakh by Chief Minister from this year. Unemployed youths must make use of government grant to lead an independent self reliant life, the Minister said.

Later speaking to reporters, the Minister said that the State Government has decided to distribute grants to 1,000 youths for purchase of Tourist Taxis during this financial year.