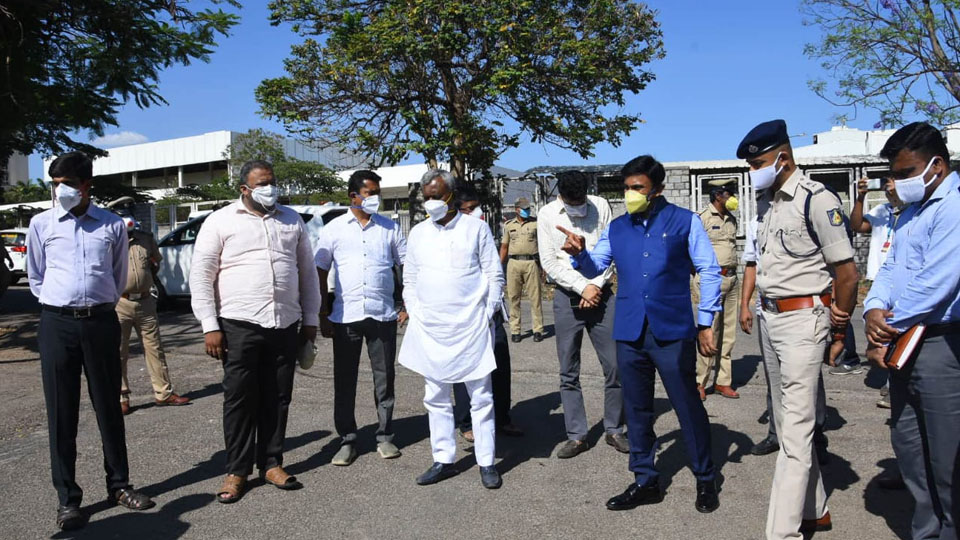 Dr. Sudhakar, who went around the factory, sought inputs from the factory officials regarding the number of employees, the production of medicines and their export.

Nanjangud MLA B. Harshavardhan, who intervened, said that the factory has been at the centre of controversy ever since its inception and waste water is being let out untreated, posing a serious health risk for people and cattle.

After the MLA’s complaint, Medical Education Minister Dr. Sudhakar directed DC Abhiram G. Sankar to test waste water released from the factory once in every three months and to send water samples of borewells drilled in villages located in a km radius of the factory.

Thereafter, the two Ministers visited nearby Koogalur village, which has reported COVID-19 infections and took stock of the situation.

Dr. Sudhakar and S.T. Somashekar also visited AT&S Factory at Nanjangud, which is manufacturing PCBs (Printed Circuit Boards) for Ventilators, which is a critical medical equipment in the treatment of COVID-19 patients.

India Managing Director for AT&S India Sunil Banwari explained about the working of the unit and also handed over a Rs.20 lakh cheque to the Chief Minister’s COVID Relief Fund. The Ministers lauded the contribution of the factory, which has supplied 15,000 Ventilator PCBs so far as ordered by the Government.