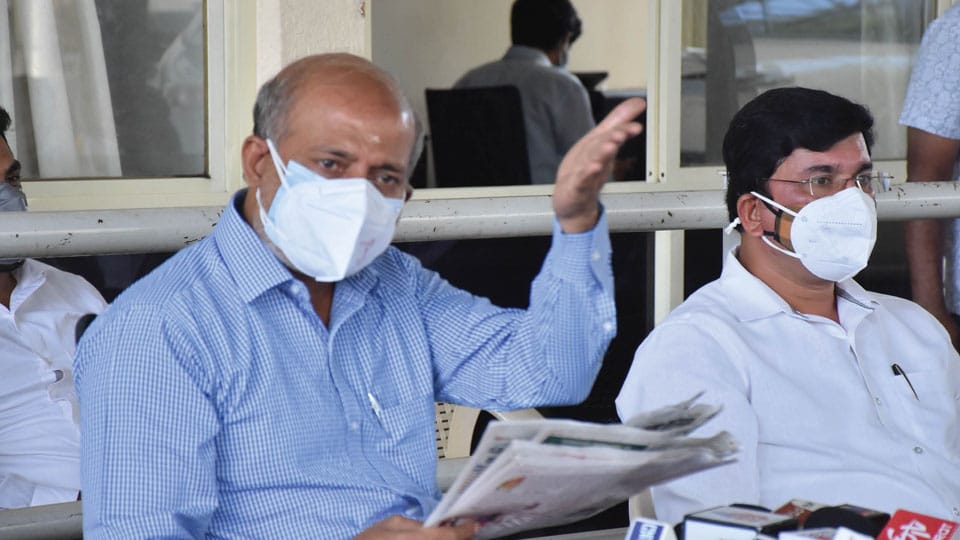 Mysore/Mysuru: Armed with the clean chits from various Government Departments, K.R. Nagar MLA S.R. Mahesh said he has moved a breach of privilege motion against former Deputy Commissioner of Mysuru Rohini Sindhuri for making baseless allegations against him.

Besides, he has filed a criminal case and a defamation suit against her for tarnishing his image in public, he said while addressing the press here this morning.

“I have written a letter to Chief Secretary P. Ravikumar seeking Rohini Sindhuri’s suspension. If no action is taken against her, I will chalk out my course of action,” he said.

Mahesh said heads of various Government Departments have given clean chit to him in regard to all allegations levelled against him by Rohini Sindhuri. She had accused him of building a  convention hall on Raja Kaluve in Dattagalli and usurping two acres of land near Lingambudhi tank to build a posh hotel in partnership with MUDA Chairman H.V. Rajeev.

Rohini had gone to the extent of claiming that land mafia got her transferred from Mysuru. The enquiry report has proved that she had spent people’s money on a swimming pool inside the official DC bungalow without considering it as a heritage building despite being the Chairperson of the Heritage Committee, Mahesh said.

The MLA said that the DC had hid COVID deaths, her actions have been a ‘black spot’ on Mysuru and she must be suspended from service.