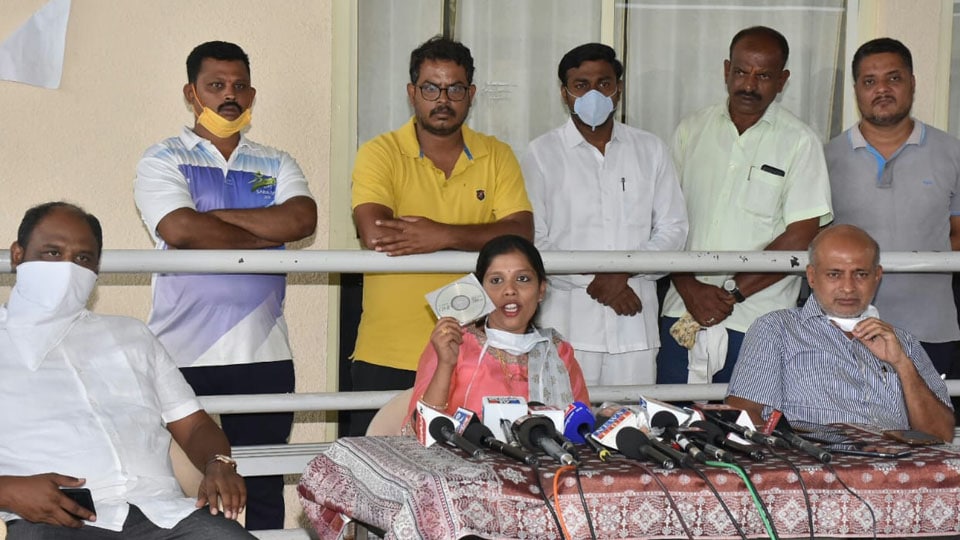 Mysore/Mysuru: Continuing his attack on the alleged MyMUL (Mysuru Milk Union Limited) recruitment scam involving crores of rupees, K.R.Nagar JD(S) MLA S.R. Mahesh has demanded a thorough probe to expose all those involved in the scam in which some MyMUL Directors have demanded lakhs of rupees from prospective candidates for appointment to various posts in the Milk Body.

Addressing his second press meet on the issue in a week, at his office near Ramavilas Road here this morning, Mahesh, also a former Minister, asserted that he would take the MyMUL recruitment scam to its logical end.

Claiming that some MyMUL Directors have filed a caveat in the High Court as a pre-emptive measure to stop ordering of a probe into the huge scam, Mahesh said that his only intention is to render justice to deserving candidates and nothing else.

He further said that he had released three audio conversations in support of his allegations at his previous press meet, which is enough proof for the huge corruption involved.

Chaitra, a native of Hassan District and a candidate for one of the MyMUL posts, who has chiefly featured in the audio conversations released by Mahesh, also addressed the press meet and alleged that some of the MyMUL Directors have been demanding a bribe of more than Rs.20 lakh for jobs having a monthly salary of Rs.25,000. Also she has learnt that some of the candidates who were guaranteed jobs after payment of bribe, have already started working in MyMUL.

Claiming that she was also demanded a huge bribe, she wanted scrapping of the ongoing recruitment process and said that the authorities should order a fresh one that is totally transparent.

Urging the Government to render justice to candidates, she displayed a CD, which she said contains more details of the scam and also the persons involved.