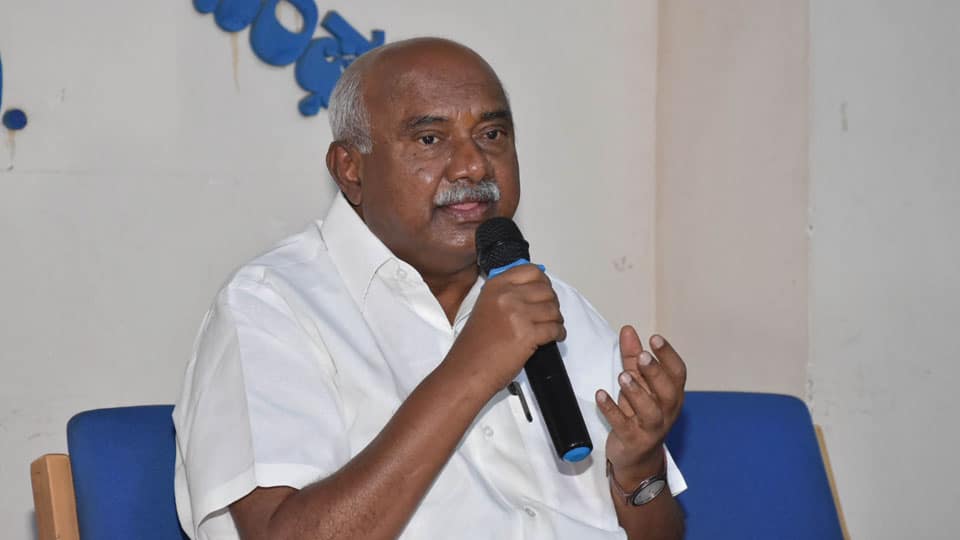 ‘We seek votes to serve people, not rule’

MysoreMysuru: Joining the Piped Natural Gas project debate, BJP MLC A. H. Vishwanath today chided his party MLAs and the MP and said, “MLAs and MP are not the owners of their respective Constituencies and they are not rulers. Rather they are public servants and have been chosen to serve the people with humility,” he said.

Speaking to reporters at Jaladarshini Guest House this morning, the MLC, known for his acerbic tongue, said, “When you seek votes you humbly ask people for a chance to serve and not rule. You must forgo this attitude of arrogance,” he said.

Targeting MP Pratap Simha, Vishwanath said that the piped gas project is not the MP’s project. “It is a people-friendly project initiated by the Centre and has been quietly implemented in many cities and people are enjoying the benefits. Only in Mysuru there is public squabbling between leaders over trivial issues. Our own party leaders are opposing the ambitious project and this move is unfortunate,” he said.

“Rather, the elected representatives — from the Corporation to the Parliament — must speedily implement the project instead of washing dirty linen in public,” he advised.

Training guns on MLA Nagendra and S.A. Ramdas for opposing the project using an alibi of road-digging, Vishwanath said, “In the past when you were Corporators and even MLAs, you have allowed road-digging by many telecom companies and JUSCO. Why were you silent then and what shut your mouth? When JUSCO abandoned the 24×7 drinking water project, why did you not raise your voice? Why was the company let off without penalisation?”

On the present company digging roads, the MLC said that there are funds in the MCC and the Government to restore roads. “The MLAs have enough experience in handling Corporation affairs. Even when JUSCO left the project, all the damaged roads were repaired by the MCC later. Are you ignorant of this fact? Why is there a hue and cry now,” he questioned.