Home » Columns » Abracadabra By K. B. Ganapathy » Modi’s march of victory: Here is the checklist for five years… 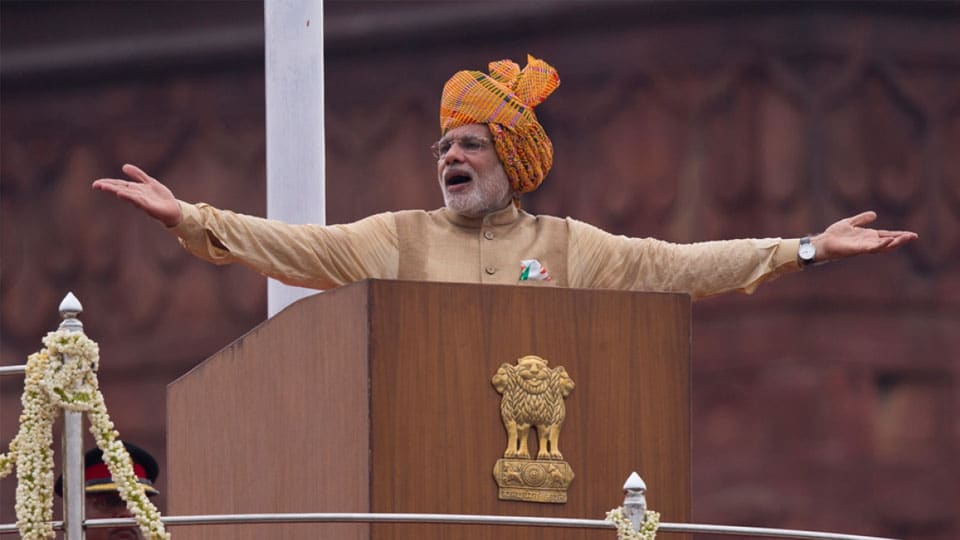 Modi’s march of victory: Here is the checklist for five years…

The result of this 2019 election, compared to the previous one, clearly indicates that it is an inclusive mandate where even minorities, specially ladies, have supported Narendra Modi

The whole world loves the winner, failure is an orphan. Today the whole world loves Narendra Modi. Rahul Gandhi is an orphan. So also those of the Mahagathbandhan, an alliance of 21 regional parties and ginger groups arraigned against Modi. The ones discarded and deserted by the voters are H.D. Deve Gowda of JD-S in Karnataka; N. Chandrababu Naidu of TDP in Andhra Pradesh who was routed in the Assembly polls as well and Mamata Banerjee of Trinamool Congress in West Bengal. The saying ‘Pride goes before the fall’ applies to these leaders very well.

The acrimonious way Naidu was behaving towards the last phases of polling — meeting leaders of the Mahagathbandhan, going to the Supreme Court and the Election Commission — challenging the validity of the EVMs, was appalling. His total rout in the polls in his own State seems like an act of retribution by Goddess Nemesis as a punishment for his sinister, evil designs against Narendra Modi.

This massive victory of BJP under Modi’s leadership reminds me of Rajiv Gandhi who in December 1984 had won a landslide 411 seats in the House of 542. Needless to say, at that time the sympathy factor of his mother Indira Gandhi’s assassination was working for him.

But the victory of Narendra Modi is incomparable to all earlier victories of political parties because Modi had neither the Dynasty nor a Party of over 100 years old nor any sympathy factor working for him for a victory of this magnitude. In fact, at the individual level, Modi had only disadvantages. He is from a backward community. He belongs to a poor chaiwala family without elitist education.

It is, therefore, not surprising that the Members of Lutyens’ Delhi and Khan Market Gang spoke about Modi in a derisively despicable manner as if he is an untouchable. Which was why, Modi was called a ‘Neech’ and fit only to sell tea like he was doing in his younger days by the Congress honchos. Personal attacks on Modi was so acrimonious, it went beyond the point of decency. They brought in his late father, his aged mother and did not spare even his wife. This does not indeed behove well for the Nehru family and its coterie. But at the end, providence seems to have played its role and Modi had his revenge with this massive victory. 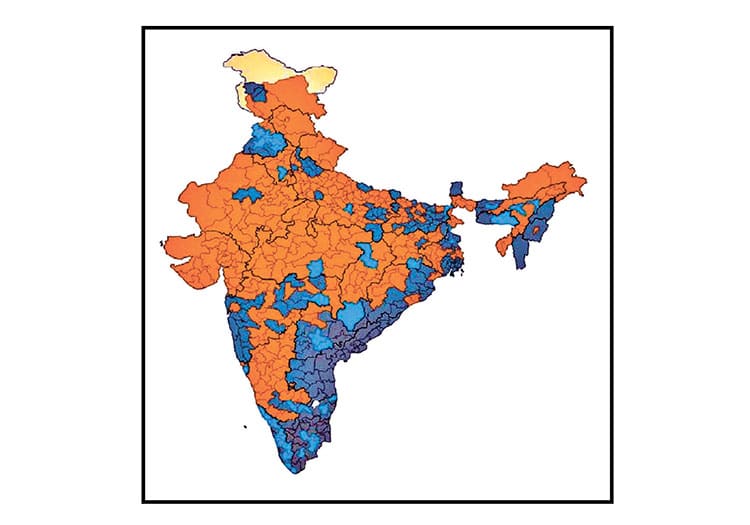 The leaders of  Congress and its allies could not match Modi’s popularity in 2014. Later, much as they would try to diminish his popularity during the first five years in Office, they could do nothing. Rather Modi has become more popular now in 2019 than when he was first elected five years ago. The result is here for all to see. Probably, all those Opposition heroes, who spewed venom and hurled abuses at Modi since 2014, now have to eat their own words, suffer indigestion and deal with him for the next five years.

The result of this election, compared to the previous one, clearly indicates that it is an inclusive mandate where even minorities, specially ladies, have supported Modi.

However, here is a checklist of problems that Modi should  address and resolve in his second term if he were to leave a legacy behind for history as a ‘Brave Prime Minister of India.’ They concern the security of the country, integrity of the country (remember the Tukde Tukde Gang?), J&K and developmental projects, National Polices on Health, Education, Law and Order.

To certain sections of our  people, the Constitution is the only Holy Book of India. But then, a Holy Book is never amended; neither a verse is added nor deleted. But our Constitution has been amended 103 times; sometimes for sinister reasons and sometimes for the good of the country. Therefore, we cannot call our Constitution as a Sacred or a Holy Book. At best we can call it as the ‘Mother of all Laws’ of this country. It is possible that when we say ‘Bharat Mata Ki Jai’ it is like saying, “Victory to the Mother of all Laws of Bharat, that is India”!  A Magna Carta of a kind — a document constituting a fundamental guarantee of rights and privileges for “We, the people of India.” Therefore, Modi should be allowed to do whatever is contemplated in our Constitution, even under the Directive Principles, by the Opposition and his own Party.

Be that as it may, here is the checklist for Prime Minister Narendra Modi to keep him busy for the remaining five years of his term:

12 COMMENTS ON THIS POST To “Modi’s march of victory: Here is the checklist for five years…”