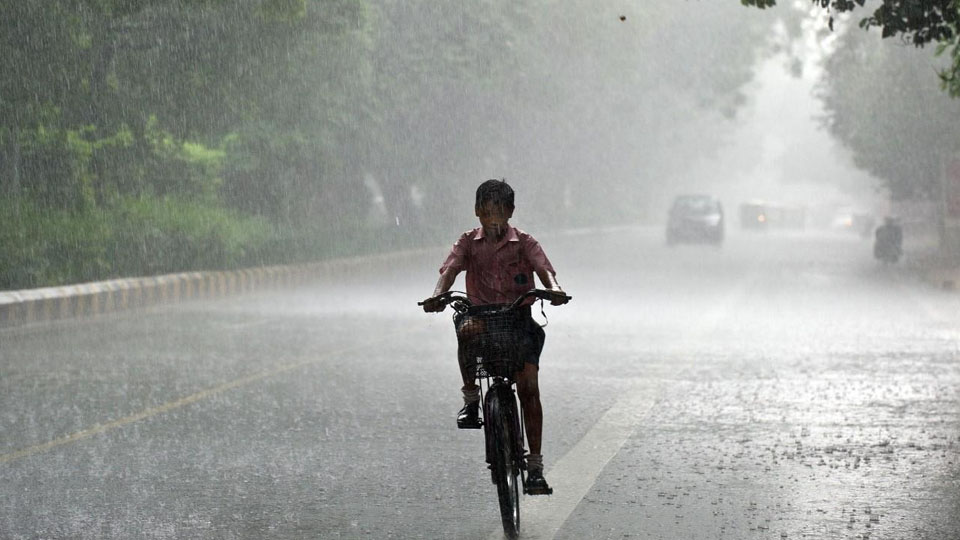 New Delhi: The India Meteorological Department (IMD) on Monday said that monsoon onset over Kerala is likely to take place by June 3.

According to the IMD Monday morning report, the south-westerly winds could strengthen further gradually from June 1, resulting in likely enhancement in rainfall activity over Kerala. Hence, the monsoon onset over Kerala is likely to take place around June 3.

The officials in the IMD said that due to strengthening of lower level south-westerly winds, fairly widespread to widespread rainfall activity is likely over north-eastern States. Lower level moisture incursion from north Arabian Sea to the plains of northwest India is taking place and is very likely to continue during next three-four days and under this influence, most likely there will be no significant change in maximum temperatures in next three days with a scope of isolated to scattered rainfall/ thunderstorm activity likely over western Himalayan Region and adjoining plains of northwest India during next three days.

The cyclonic circulation over east-central Arabian Sea off Karnataka coast between 3.1 and 4.5 km above mean sea level and is likely to meander over the region during next four days while the south-westerly winds are also likely to strengthen during next two and three days. Under the influence of above weather condition and other favourable meteorological conditions, scattered to fairly widespread rainfall/ thunderstorm is likely over Karnataka, Kerala and Mahe and isolated to scattered rainfall and thunderstorm over remaining parts of south Peninsular India during next 4 to 5 days.