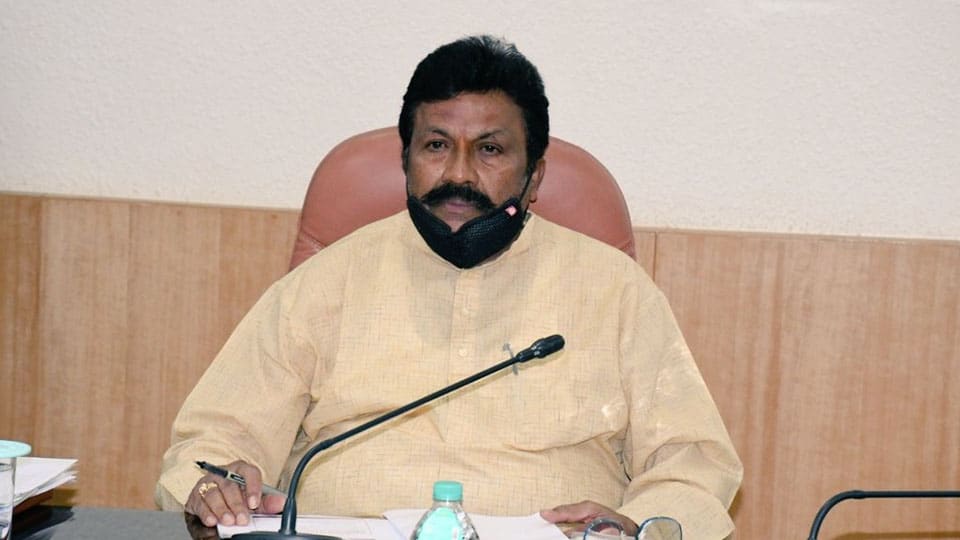 More number of Food Parks will be set up in State: Agriculture Minister B.C. Patil

Bengaluru: Agriculture Minister B.C. Patil informed yesterday that State Government is committed to develop more number of Food Parks and provide all necessary infrastructure for them in the State.

After formally taking charge as the President of Food Karnataka Limited at a function organised in Vikasa Soudha yesterday, Agriculture Minister B.C. Patil conducted progress review meeting for the first time of the four existing Food Parks in the State.

Later, speaking to media persons, he said, “Central Government has sanctioned Rs. 4,000 crore under Atmanirbhar programme to improve infrastructure for Food Parks in the State.”

Stressing that infrastructure will be improved in four Food Parks developed in the State and plans will be afoot to set up more, Minister said, “This move will help economic stability of farmers. We have sanctioned land at low prices for development of these Food Parks. Now, there are only four Food Parks in the State for our 1.3 crore population. This signifies the foresight of those persons who have established these in our region.

In an effort to help economic stability of farmers, who have been badly affected during lockdown period, we will encourage Agri start-ups to set up units in these Food Parks.

Under its tenth five-year plan, Central Government’s Department of Food Processing Industries has given its approval to set up Food Parks in Kolar, Hiriyur, Bagalkot and Jewargi.