Home » News » More than 2,000 people cheated by Ambidant in Mysuru too 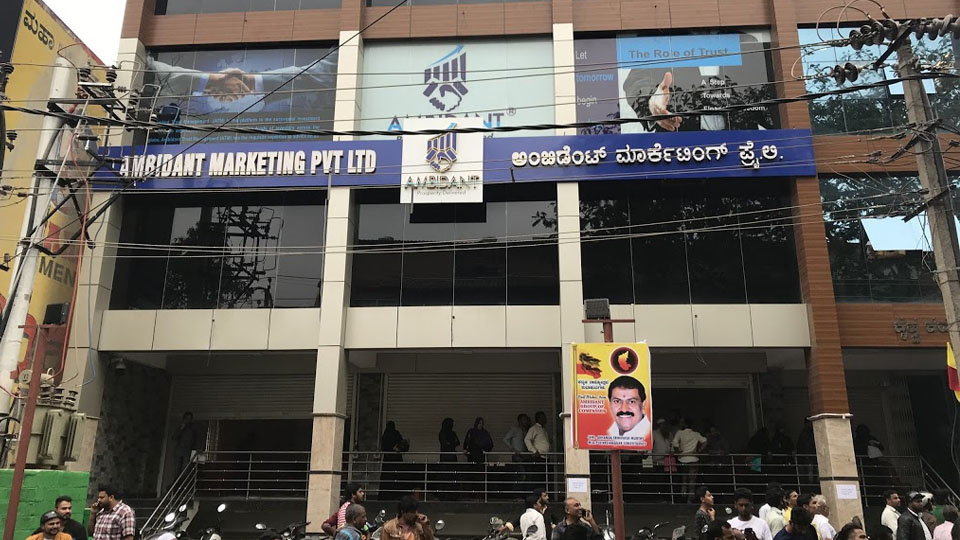 More than 2,000 people cheated by Ambidant in Mysuru too

Mysuru:  City Advocate  Harishkumar has informed that hundreds of Mysureans who had invested in Ambidant Marketing Pvt. Ltd. of Bengaluru, have been cheated.

Disclosing this at a press meet at Patrakarthara Bhavan in city yesterday, he said that more than 2,000 Mysureans  who had invested money in Ambidant have been cheated to the tune of Rs. 900 crore. It had collected the money from people after luring them to provide hefty interest, he added.

Advocate Harishkumar accused the operators of Ambidant of holding the meetings at luxury hotels in Bengaluru and looting public money and urged the investigation agencies and Home Ministry to help the victims get justice.

“The scam is revolving around mining baron G. Janardhana  Reddy and Ambidant company owner Fareed but no one is bothered about the victims who have lost their hard earned money. Ambidant had targeted the people of a particular community in Mysuru and collected crores of rupees from around 2,000 people,” Harish alleged.

The victims had transferred cash through National Electronic Funds Transfer (NEFT) to Fareed’s bank account, he said and added that the City Police were  responding positively to the problem of victims.