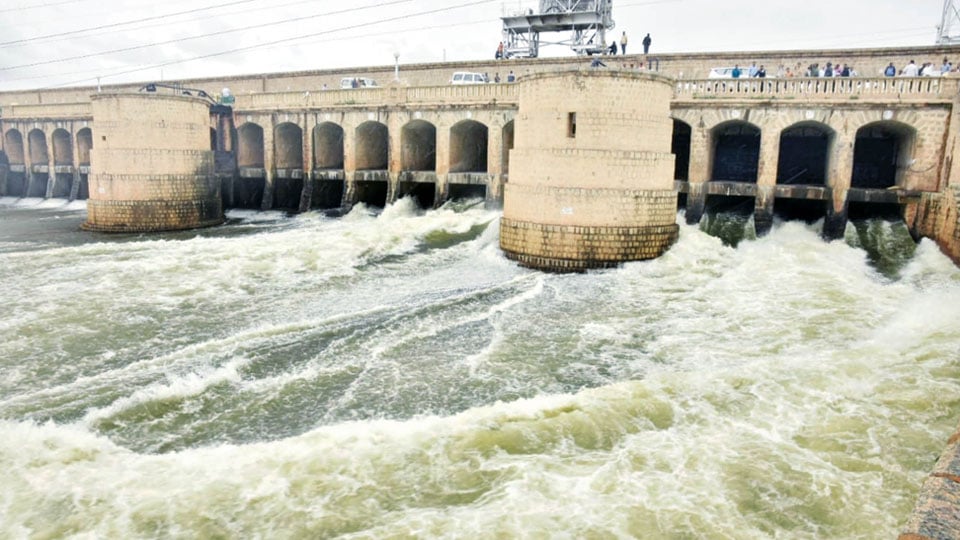 More than 5,000 cusecs released to Tamil Nadu from KRS Dam

Srirangapatna: Even as the water level in KRS Dam is yet to reach its maximum level, the authorities are said to be releasing more than 5,000 cusecs of water from the Dam to Tamil Nadu daily, much against the interests of the farmers.

At present, the water level in the Dam is 93 ft, with the maximum level being 124.80 ft. Although the Dam has been recording an inflow of about 20,000 cusecs daily since the past few days, thanks to copious rainfall in Kodagu, the water level  has not reached the necessary level to release water to Tamil Nadu, according to farmers.

Srirangapatna Taluk Raitha Sangha President Krishnegowda lashed out at the Karnataka Government for releasing water to Tamil Nadu within 15 days of the onset of monsoon. Maintaining that the Government has started releasing water fearing the Tribunal, he argued that the release of water even before the Dam got filled, defies logic.