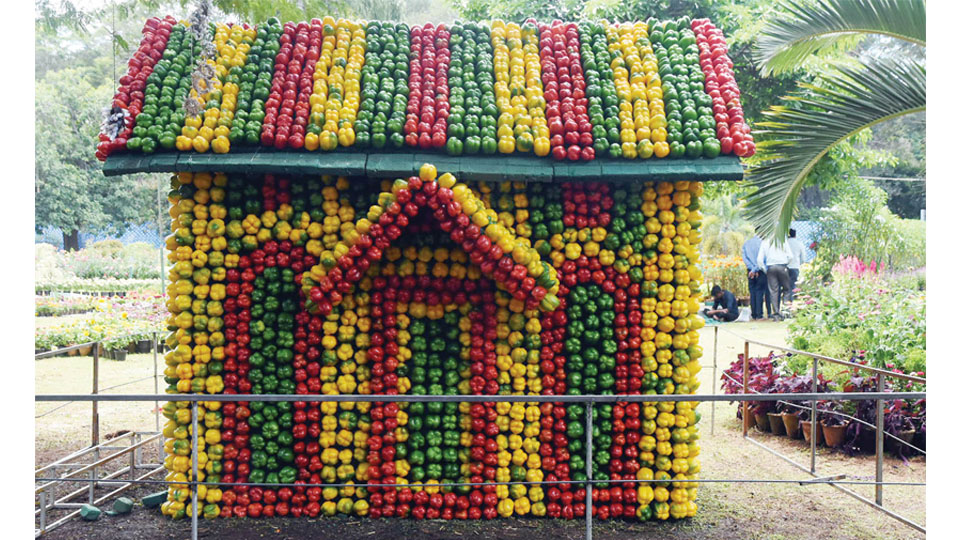 Mysore/Mysuru: More than five lakh people are expected to view this year’s Dasara Flower Show at Kuppanna Park (Nishad Bagh). The show is scheduled to give a significant boost to the tourism of Mysuru which is already upbeat over grand celebrations after two years of the COVID pandemic.

In 2019, over 4-5 lakh people visited the Flower Show and the numbers will cross five lakh this time, said Zilla Panchayat CEO B.R. Poornima, who is also the Dasara Flower Show Sub-Committee Working President.

Speaking to reporters at Kuppanna Park yesterday where she outlined the preparations for the mega Flower Show, Poornima said that apart from the main attraction of the 20-ft floral replica of Rashtrapati Bhavan, signifying the visit of President of India Droupadi Murmu for the festival inauguration, there will be a host of other attractions that will be a must-visit for 10 days. Over 50,000 pots with over 32 varieties have been cultivated by the Horticulture Department.

One of the attractions is Thandi Sadak and as its name suggests, it will be a cool road covered with trees and shade. Thandi Sadak will attract visitors right at the entrance of the Glass House. The term ‘Thandi’ in Hindi means ‘cold’ and ‘Sadak’ means ‘road’. The place receives its name from the fact that the rows of trees planted by the Maharajas beside the roads restrict sunlight, making the place cooler than the rest of the area.

READ ALSO  Golden Throne to be assembled on Sept. 20

To dedicate Flower Show and to commemorate contributions of late Kannada actor Dr. Puneeth Rajkumar, two 7-ft statues and three busts of the actor have been procured and they will be decorated to bring back the actor’s memories. “We tried making the actor’s face with flowers and we were not satisfied with the outcome. This is the reason why we brought the readymade statues and busts to decorate with flowers,” she added.

All the Puneeth Rajkumar statues and busts have been kept at one location and a selfie point has been created. The replica of Dr. Rajkumar’s house at Gajanur in Chamarajanagar district will be created with flowers and capsicum.

A floral replica of Nandi Statue atop Chamundi Hill, a giant honey bee, elephant, giraffe and 7-ft capsicum has been created to attract children. Over 50 food stalls have been set up and the Flower Show visitors can also fill their tummies before heading home instead of scouting for food. An amusement park has been set up keeping in mind the entertainment of children and there are a couple of rides that are on offer.