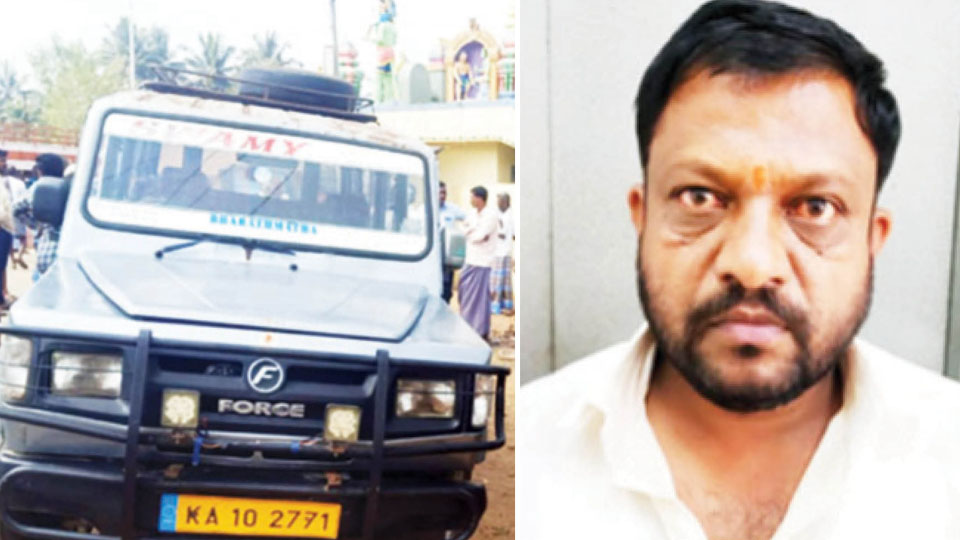 Bettadapura: A woman was killed when her son ran over a vehicle on her at Solekote village near Bettadapura on Thursday morning.

The deceased is Nagamma (65) and the killer son is 45-year-old Hemraj. Nagamma had got the vehicle for her son after taking loan from a micro finance company and the son used the same vehicle to kill her.

Nagamma, about two years ago had obtained a loan and had purchased a Toofan vehicle (KA-10-2771) for her son for his livelihood. Hemraj, who paid loan instalments for a year suddenly stopped paying loan since about 18 months and the representatives of the micro finance company were pressurising Nagamma to repay the loan.

Meanwhile, Nagamma began to pressurise Hemraj to repay the loan following which he (Hemraj) threw his mother out of the house. But still, Nagamma was exerting pressure on Hemraj for loan repayment whenever she came across him. On Thursday morning, when Hemraj was driving the vehicle, Nagamma waylaid him and reportedly told him that she would not allow him to go till he repays the loan. Irked over this, Hemraj allegedly ran the vehicle over her killing her on the spot. Based on the complaint from Nagamma’s sister Leelavathi, Bettadapura Police Sub-Inspector Prakash Yetinamani, who registered a case, visited the spot, arrested Hemraj and is investigating.