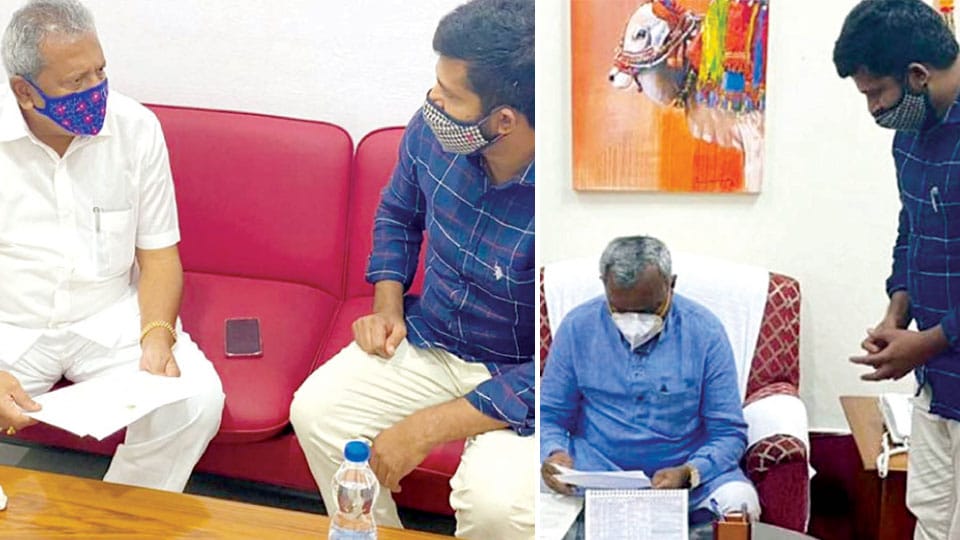 In a memorandum submitted to the two Ministers, Pratap Simha sought regularisation of  Revenue Layouts under Akrama-Sakrama scheme and to stipulate tax for properties, besides providing all civic amenities in the Layouts.

Maintaining that Mysuru is the fastest growing city in the State after Bengaluru, the MP said that there are 77 Revenue Layouts in MCC’s jurisdictional limits and all of them should be regularised under Akrama-Sakrama scheme. Noting that most of these Revenue Layouts were lacking in civic amenities and infrastructure, he said that they must be brought under MCC’s control. He further said that the MCC can augment its revenue by Khata registration and collection of property tax and also will largely help in making Prime Minister’s Awas Yojana a success.  The MP also presented a Ward-wise list of the Revenue Layouts to the Ministers.

According to an estimate, there are 31,536 sites of various dimensions collectively in the 77 Revenue Layouts. The list of the Layouts is as follows: