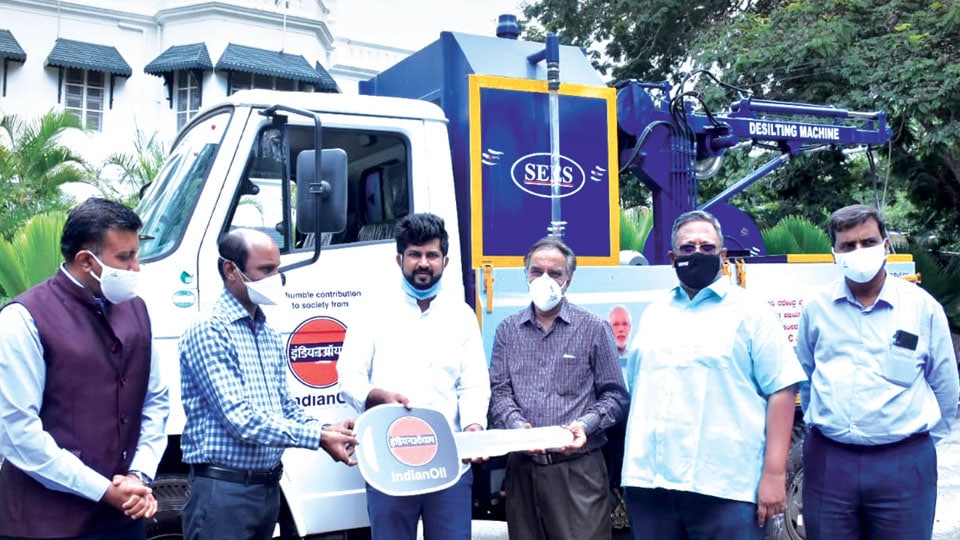 The vehicle was donated by IOC through its CSR initiative

Speaking on the occasion, MP Pratap Simha lauded IOC for its CSR activities and thanked IOC for its gesture. He said that the IOC through its CSR initiatives was doing good work and added that the IOC would be providing 12 RO drinking water units to city.

Pointing out that the IOC had constructed over 100 toilets as part of Swachh Bharat Abhiyan, the MP said that the cleaning machine vehicle would be utilised to keep the city clean and also to take up Underground Drainage (UGD) works.

Industrialist and BJP leader S.K. Dinesh and others were present.