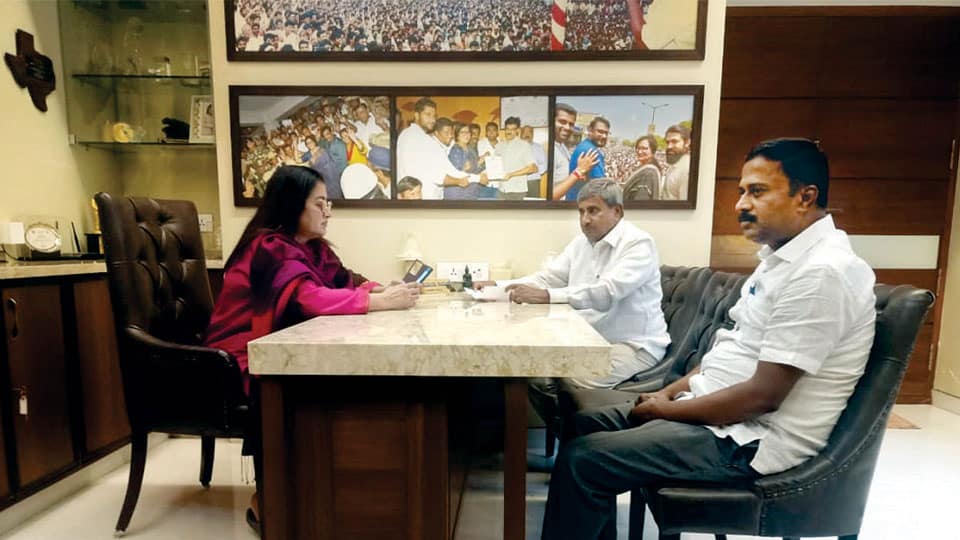 Bengaluru: With works on the ten-lane Mysuru-Bengaluru Highway being expedited, Mandya MP Sumalatha Ambarish held discussions with National Highways Authority of India (NHAI) officials and a couple of Congress leaders at Bengaluru on Monday.

The NHAI Project Director was asked to take action in this regard and also to facilitate smooth vehicular and pedestrian movement at the entry and exit points and on stretches along the Highway.