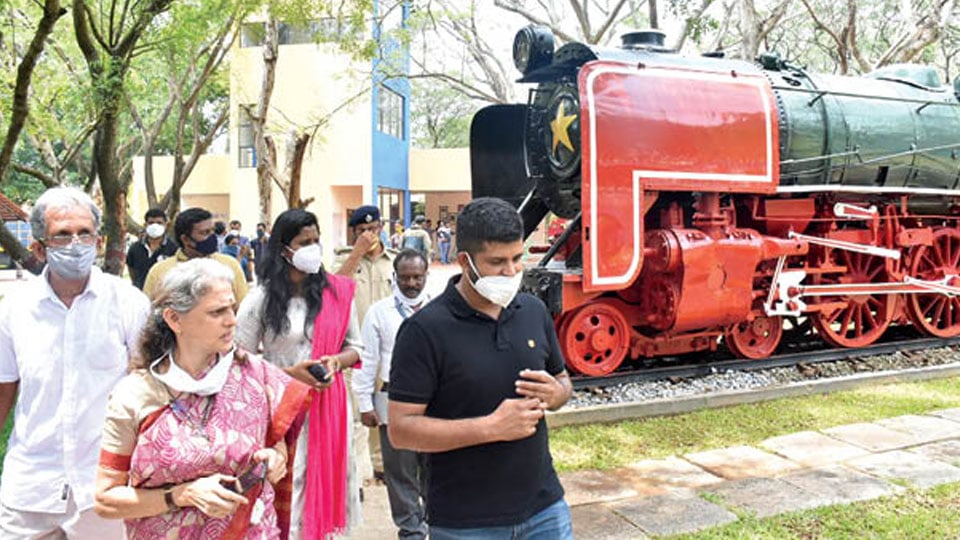 He went around the Museum and witnessed its prized exhibition including a slew of steam locomotives and the Maharani’s saloon.

Later, talking to reporters, he said that the Museum was in a very bad shape but it was renovated due to efforts of Aparna Garg, Divisional Railway Manager, South Western Railway (SWR), Mysuru Division. The tourists, who visit Mysuru Zoo, Chamundi Hill and Amba Vilas Palace, should also see the Railway Museum to know the growth of Railways in the country, he said.

Simha said that Union Minister of State for Railways, Suresh Angadi, Tourism Minister C.T. Ravi will be requested to visit this Museum to promote it in national level. Besides, Chief Minister B.S. Yediyurappa, who had flagged off a train to Trivendrum from Mysuru last year, will be requested to dedicate the renovated Museum during his visit to the city next week in connection with the Dasara High Power Committee meeting.

The inauguration of renovated Museum, which was supposed to be held early this year, has been delayed due to the outbreak  of COVID-19.