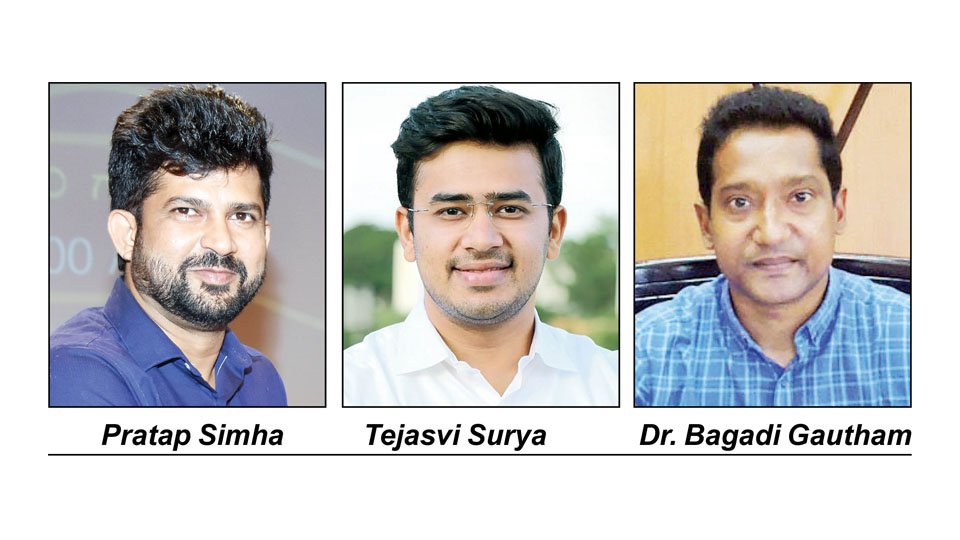 Speaking to reporters here yesterday, Pratap Simha said that they were in direct link with Indian students stuck in Ukraine. Details have been collected on the number of Kannadiga students holed up in bunkers or stranded on roadside shelters.

The WhatsApp numbers have been shared with the Indian students and the MPs are coordinating with the Ministry of External Affairs where officials are in touch with the embassies.

“We have given a contact number of the Nodal Officer to them and asked them to travel to Hungary. We are also communicating with the Minister of External Affairs S. Jaishankar to send rescue planes. Messages with instructions and suggestions are being passed on to the members in the WhatsApp group and real-time data is being provided to the stranded students,” he said.

MP Pratap Simha said according to information there were 10,000 Indian students studying in Ukraine. “We have established contact with the students which has helped the authorities as the information is flowing easily. The students have been asked to move to safe zones within the war-torn nation using railway networks. We have asked them to reach Hungary and neighbouring European nations and contact the Indian embassy officials,” he said.

Meanwhile, Mysuru District Minister S.T. Somashekar said the Centre is committed to airlift all Karnataka students safely. “I have asked Mysuru Deputy Commissioner Dr. Bagadi Gautham to reach out to the family members of students who are stuck and update them regularly about the measures initiated to get their children back home safely,” he said.

The DC informed that 28 students from Mysuru are held up in Ukraine. “Of the 28 students, one has returned to India. The details of the students from Mysuru are being shared with the Centre on a real-time basis and a majority of Mysuru students are in Kyiv and Kharkiv. A few are in touch, others are not. If we are able to get in touch with one student, we are able to locate other students,” the DC said.

“Tahsildars and other officers have been sent to the homes of the students to give a sense of assurance to the parents and relatives and we stand with them during the hour of crisis,” Dr. Bagadi Gautham added.