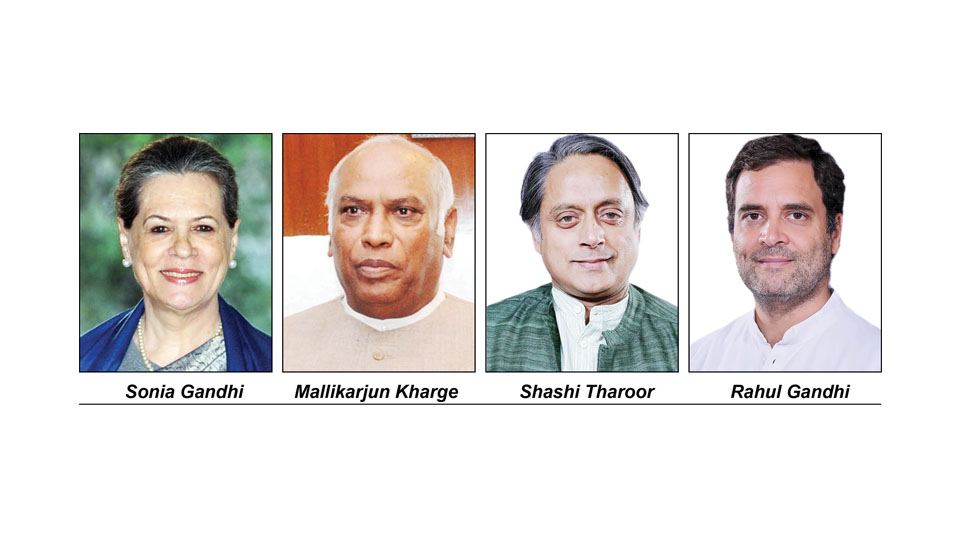 Congratulations to our dear Kannadiga Sri Mallikarjun Kharge, the veteran Congressman, on his being elected as the 98th President of the Indian National Congress (INC) on October 19, 2022. By the way, the INC was founded by an english man by name Allan Octavian Hume and the first President of INC was Womesh Chandra Bonnerjee (1885-1886).

Interestingly, there was much ado about Mrs. Sonia Gandhi, who is of foreign origin, when she became the President of INC. However, we must remember that INC had foreigners as Presidents early also before Independence.

As I know, Kharge is the second Congressman to be elected to this august office from Karnataka after Sri S. Nijalingappa, who was also the Chief Minister of Karnataka. Now let us hope Sri Mallikarjun Kharge, a suave, gentle person with an impassive visage will also become the Chief    Minister in the future.

Of course, the Presidents of Indian National Congress party are presumed to be the prospective Prime Ministerial candidates. Who knows the unpredictable future, post independent history of India might repeat itself in 2024 Parliamentary election as it happened in 2004 and 2009 when UPA under Congress ruled.

Sonia Gandhi, as the President of Congress party, was almost at the threshold of Prime Minister’s Office but it was windfall for Dr. Manmohan Singh who became the Prime Minister — however, it was Madam Sonia Gandhi’s choice. We do not know why she had to deny herself the office. It could be either due to her “inner voice” as she herself said or it could be due to possible legal issues. Let it be.

I well remember what that veteran journalist of The Times of India and The Illustrated Weekly of India Mr. M.V. Kamath once wrote about Congress party. Let me glean from my scrapbook – 1970s:

“Eversince the break up of the old Congress into Congress (R) and Congress (O), the Congress has remained the family property of the Nehrus — a scandalous state of affairs. The party has to get back to the people (where it really belongs).”

People (voters) are happy now the party has got back to the people but then we have to see if it would really cease to be the “family property”, as described by Mr. M.V. Kamath. After all, Rahul Gandhi is on his ‘long march’ of over three thousand kilometres — Bharat Jodo Yatra — across the country as a ‘Mahan Leader’ of what his father Rajiv Gandhi called as Mera Bharat Mahan.

After all, Rahul Gandhi for now is also the most visible and active leader of the Congress party gearing itself for the 2024 Parliamentary election. Therefore, is there a danger of Sri Kharge, the newly minted Congress President, becoming a “Rubber Stamp” President or a “Puppet President” of the Gandhi family? Time alone can tell.

There is a Roman proverb which says that ‘a woman’s character and a man’s destiny can never be predicted’. If so, one need not be surprised if Rahul Gandhi becomes the Prime Minister in 2024. But, there is a big but, only if BJP under Narendra Modi fails to garner enough number of seats on its own minus unreliable NDA partners.

Be that as it may, I have a feeling the Congress may benefit if it revives with full force its now moribund “Congress Seva Dal (CSD),” to work for the party at the grassroot level pan India. By the way, will someone please tell me, who is the present Chief of Congress Seva Dal? This makes the difference to the party in contesting elections.

Anyway, talking of the Congress Presidential election, I may sound parochial, when I say congratulations to Sri Kharge but it does not mean that I admire Sri Shashi Tharoor, the most visible intellectual of the Congress party, less.

Tailpiece: David Selbourne, an American Journalist, has thus spoken axiomatically about the elected representatives of our country:

“Indians may have a vote but they are not represented.”

Did you get me Steve?