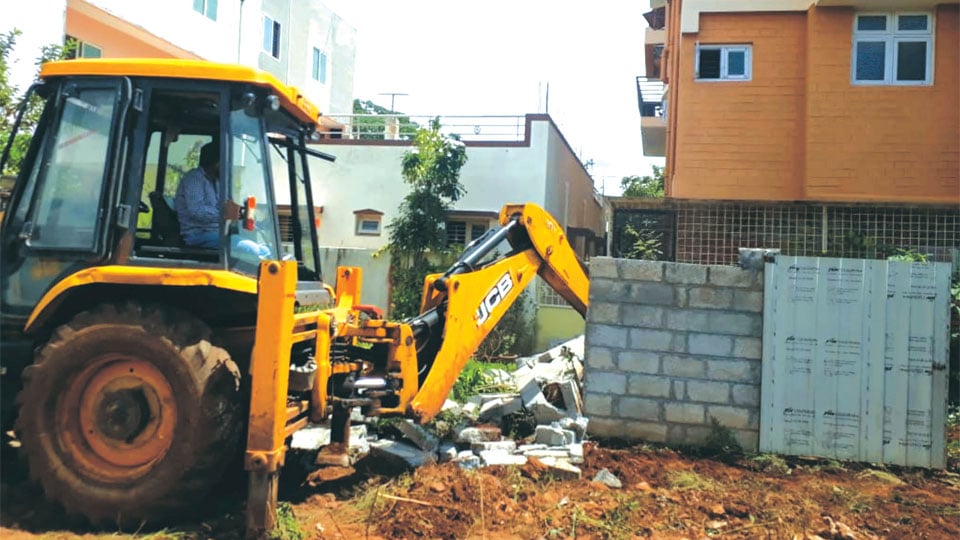 Mysore/Mysuru: The Mysuru Urban Development Authority (MUDA) officials, on Monday, have cleared the encroachment on their sites and have reclaimed their properties worth about Rs. 2 crore from the encroachers.

Following instructions from MUDA Commissioner Dr. D.B. Natesh, MUDA officials, armed with the order, reached the encroached sites and found that a lorry transport office was constructed illegally after creating fake document of the two sites bearing numbers 386 and 400/B at Bannimantap ‘B’ Layout belonging to MUDA. The officials demolished the building with the help of an earth-mover, reclaimed the sties and installed a board.