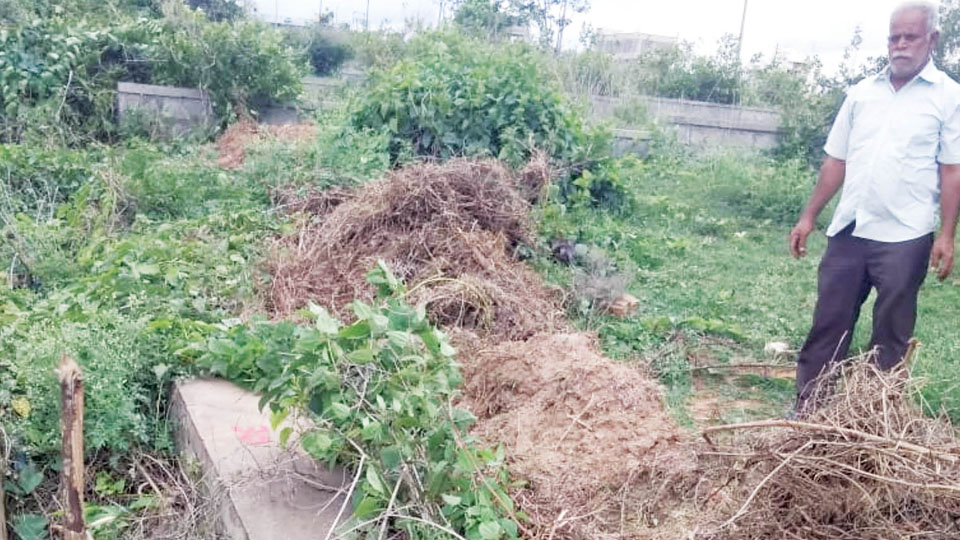 In continuation of U.B. Acharya’s letter titled “Is MCC fleecing honest citizens?” (SOM dated Aug. 3), I wish to narrate my experience with the MUDA as well as the MCC.

For a 60×40 MUDA site at Rajivnagar (next to RTO), I had paid an exorbitant Rs. 6,100 as tax for 2020-21 as against Rs. 850 last year. When I sought a clarification at the MUDA Office, I was told that they had charged me with “site cleaning fee” of Rs. 4,800 which could be reimbursed provided I produce a photo of a cleaned up site with me (as owner) in front of it.

When I went to the site to take a picture as suggested, I found that a huge amount of debris was dumped on the site following road widening for an auto testing track by the RTO.

With all this, now I am not sure if the authorities will clean up the mess on my site and whether I can get back the “cleaning charges” that I have paid to MUDA. I am waiting for a positive response from MUDA for my written application on this matter.

In another 60×40 MCC site at Vijayanagar III Stage, I had to pay a similar hefty tax amount of Rs. 8,285 including “cleaning charges” (Rs. 4,800) for this year. The property has a watchman shed and two cars belonging to the neighbours are always parked in the site which goes to prove that the site is well-maintained.

When I sought to clarify at the MCC Zonal Office near Akashavani Circle, the reply I received was that it was all Government order and nothing can be done.

Unlike MUDA, there is not even a provision in MCC to get the “cleaning charges” reimbursed, according to the Zonal Officer who spoke to me.

I feel that honest and regular tax-payers are being somewhat fleeced by such irrational tax hikes. As an honest tax-paying citizen, I would expect some uniformity in the rules by MUDA and MCC in this matter and inform the public appropriately.